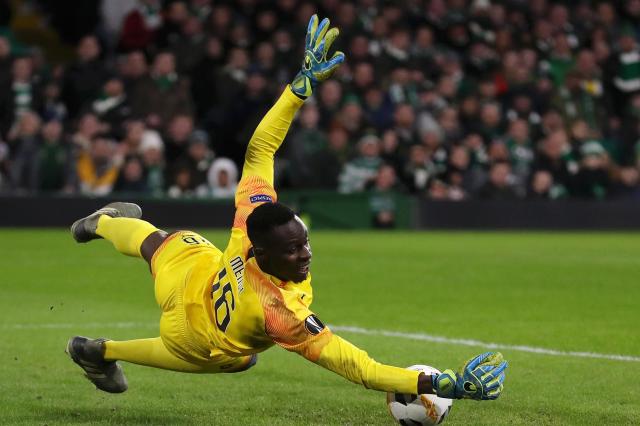 The Senegal international, 28, made 25 league appearances for the Ligue 1 side after joining from  in 2019.

He completed his medical on Tuesday, with manager Frank Lampard having said he wants to increase competition with club record, £71m signing Kepa Arrizabalaga.

“I’m so excited to be joining Chelsea,” Mendy said. “It’s a dream for me to be a part of this exciting squad.”

On signing Mendy, Chelsea director Marina Granovskaia said: ‘As soon as Petr Cech and our technical team identified Edouard as the most suitable goalkeeper to complement our existing group, there was only one player we wanted to bring in. Edouard arrives following a season of real success with Rennes, he is ambitious for more, and we welcome him to our club.’

Born in Montivilliers in northern France, Mendy began his career at AS Cherbourg in the Championnat National, the third tier of French football, and remained with the Normandy-based club until 2014.

Following a brief spell at Marseille B without making an appearance, the goalkeeper began to move up the footballing pyramid in 2016 by joining Reims and quickly established himself as the first choice between the sticks.

His impressive and consistent performances for Les Rouges et Blancs resulted in him lifting the first silverware of his career, when Reims captured the Ligue 2 title in 2018 and conceded just 24 goals that term, the lowest in the league.

After three years at Reims, Mendy moved on and joined Rennes ahead of the 2019/20 season. In his first campaign at Roazhon Park, the 6ft 5in goalie kept 13 clean sheets and conceded just 31 goals in 33 games before the season was ended prematurely due to the coronavirus pandemic.

He helped Rennes qualify for the Champions League for the first time last season, with the French club finishing third in Ligue 1. Mendy has European club competition experience under his belt already, having featured in four Europa League games last term.