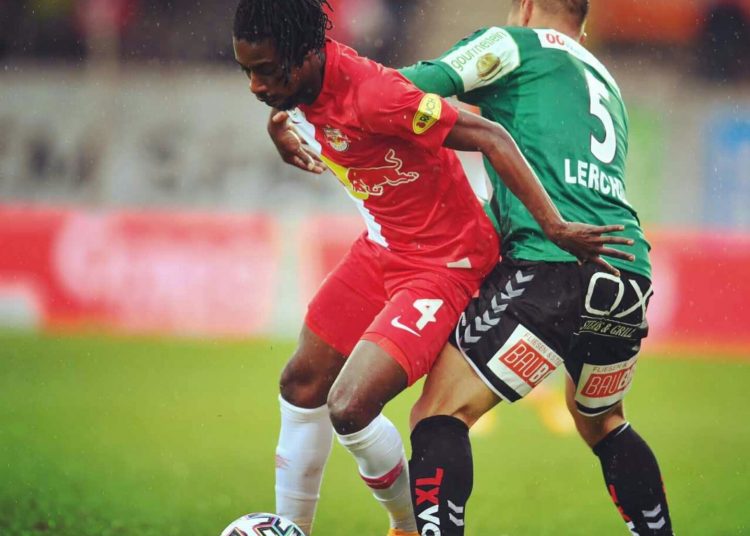 Ghana’s Majeed Ashimeru was at the centre of everything good for RB Salzburg as they eased to a 3-1 over Ried.

The win extended their grip on the top spot in the Austrian Bundesliga.

Mergim Berisha handed the away side the lead on the stroke of half-time.

Berisha found the back of the net again in the 54th-minute to extend Salzburg’s lead and put them in a comfortable position.

Leading 2-1, Majeed Ashimeru provided the assist of the game to send the game beyond the reach of Ried who were knocking on the doors of their opponents.

Ashimeru’s threaded pass found Patson Daka who executed to perfection, placing the ball beyond the goalkeeper.

Ashimeru, making his third league appearance of the season, lasted the entire duration of the match.

He completed the most dribbles (4) in the match, made 67 accurate passes with a pass success rate of 87%.

Ashimeru won the league and Cup double with Salzburg last season and will be hoping to replicate that feat in this campaign.

I doubt if there’s any Ghanaian player with such repertoire of skills and flair in Europe.