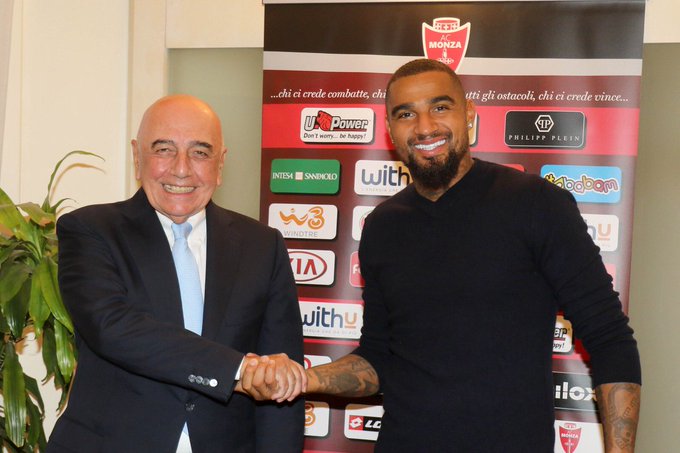 Serie B club Monza, have completed the permanent signing of Kevin-Prince Boateng on a one-year deal from Fiorentina.

The deal includes the option for an additional year if the White and Reds earn a promotion to Serie A.

It also reunites the 33-year-old with former AC Milan owner Silvio Berlusconi who took him to the San Siro Stadium during his reign at the club.

“AC Monza announces that they have definitively acquired Kevin-Prince Boateng from Fiorentina, who has signed a contract until 30/6/2021, with the option of renewal for the second year, subject to certain conditions,” the club announced.

Boateng joined Fiorentina on a two-year contract last August after the expiry of his short stint in La Liga with Barcelona.

The former Ghana international scored a goal in 14 Serie A games for the Violets in the first half of the 2019-20 season before leaving the club to join Turkish Super Lig outfit Besiktas in January.

In Istanbul, he returned three goals in 11 league outings during the second part of last season.

He joins Equatorial Guinea’s Pepin in Cristian Brocchi’s team for the 2020-21 season. Monza are 13th in the Serie B table after commencing their league campaign with a goalless draw against SPAL on Friday.

Boateng will be aiming to make his Serie B debut when the Red and Whites visit Empoli for their next league fixture after Tuesday’s Coppa Italia outing against Triestina.