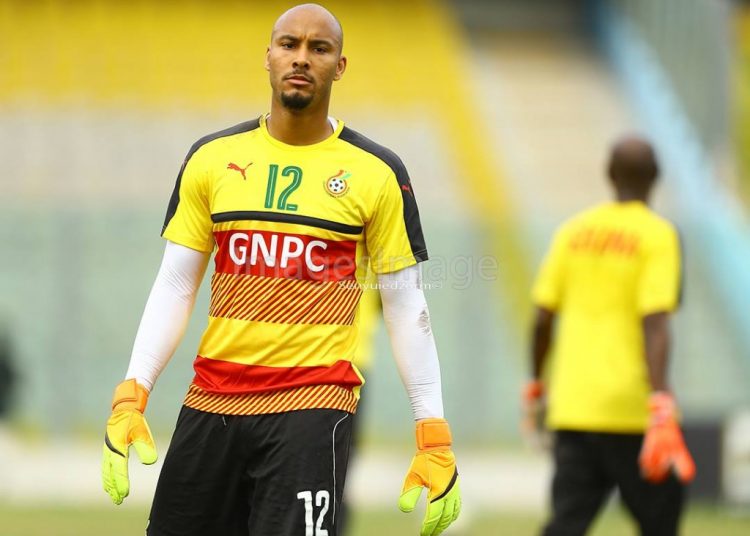 Ghana international goalkeeper, Adam Larsen Kwarasey, has said he regularly questioned his own identity whenever he was called up to the senior national team.

In an exclusive interview with Citi FM, Kwarasey opened up on his identity crisis and said he sometimes felt ‘jealous’ of the other players because he felt he was never considered a ‘real Ghanaian.”

The former Portland Timbers shot-stopper, born in Norway to a Ghanaian father and a Norwegian mother, opted to represent the country of his father and made his international debut in 2011.

Since then, the 33-year old has gone on to play a further 24 times for the national team.

But it has been six years since he last donned the Black Stars jersey; his last appearance coming in a 2-1 defeat to the USA at the 2014 FIFA World Cup.

Back then, reports claimed he was dropped for Ghana’s second group game against Germany because some senior members of the squad thought he could not communicate with his defenders because he spoke no local language.

In an exclusive interview on Citi FM, Kwarasey said the language played no part in his ‘struggles’ with the national team. Instead, Kwarasey said he had questions about whether the rest of his teammates considered him a ‘real Ghanaian’.

No, not really. The only thing I wish I understood more of was maybe the practical jokes and funny stories. But everybody spoke English and communication was possible so, no not really.

It’s strange but I really feel strong ties to Ghana, and I would say almost more than I feel to Norway where I grew up and was born. I am so proud of being part-Ghanaian that I just loved being in an environment with people that many will call “real Ghanaians.” In a way, I kind of felt jealous of them.

Black Stars head coach CK Akonnor, through the Ghana Football Association, has recently started an ambitious campaign to get players born to Ghanaian players abroad to play for the national team.

Kevin-Prince Boateng, another player born abroad to Ghanaian parents, was sacked from the national team after following clashes with head coach Kwesi Appiah at the world cup, a situation attributed to a cultural misunderstanding. He played just 15 times for the national team.

Questions remain, however, based on the experiences of players like Kwarasey and Boateng, on whether players born abroad will feel 100% Ghanaian while representing the country; and whether that could potentially affect their output.

Kwarasey had questions about his identity every time he played for the national team.

It might sound strange but I just wanted to be considered a “real Ghanaian.”

It’s difficult to explain but when are you considered a real Ghanaian? When you are born in Ghana? When you have two Ghanaian parents? When you speak the language?

And also, I had some players that I clicked with really well with and some that took really good care of me and made me feel at home. Jordan [Ayew], has a clean heart and was just genuine and friendly.

And I really appreciate him. I will also say that Sulley [Muntari] took good care of me when I was introduced to the team. He never made me feel different or anything. TOP GUY!

There were a lot of good guys when I first came in but if I have to mention names it’ll be the two of them.

Read the full Adam Kwaraseys interview with Citi FM where spoke on a wide range of issues, including claims that he regrets choosing Ghana over Norway, allegations of ‘juju’ use in the Black Stars camp, the Brazil World Cup controversies and possibly coaching the Stars in the future.