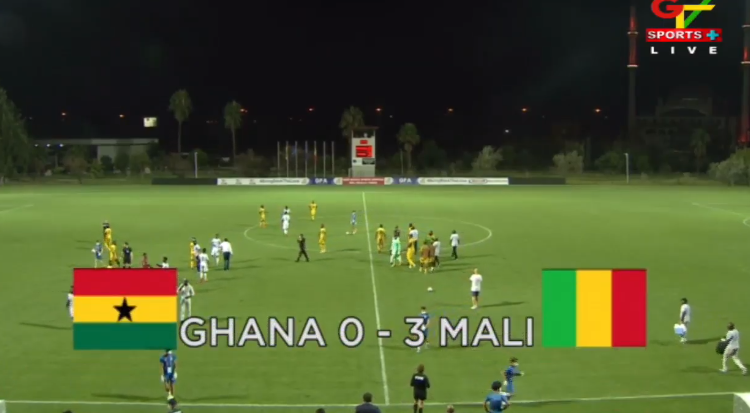 Charles Kwablan Akonnor started his Black Stars journey with a 3-0 loss against West African neighbours, Mali in an international friendly.

The Eagles of Mali hit the ground running quickly as Hamari Traore shrugged off Gideon Mensah before smashing the ball beyond Lawrence Ati-Zigi on the 3rd-minute of the game.

In the course of the first half, Eugene Ansah was replaced by Kamaldeen Suleyman after the attacker sustained an injury.

The Black Stars of Ghana were pinned to the wall again after a series of passes, after which a cross was hit from the right flank and met by the head of El Bilal Touré to extend Mali’s lead.

Matters got worse for the four-time AFCON champions as Nicholas Opoku also sustained an injury and was replaced by Celta Vigo’s Joseph Aidoo.

The misery of the Black Stars extended as a tailored through-pass found Amadou Haidara who first saw his strike hit the post but his rebound found the back of the net to make it 3-0 for Mali.

The team will now face Qatar in its second international three days later in Antalya, Turkey.