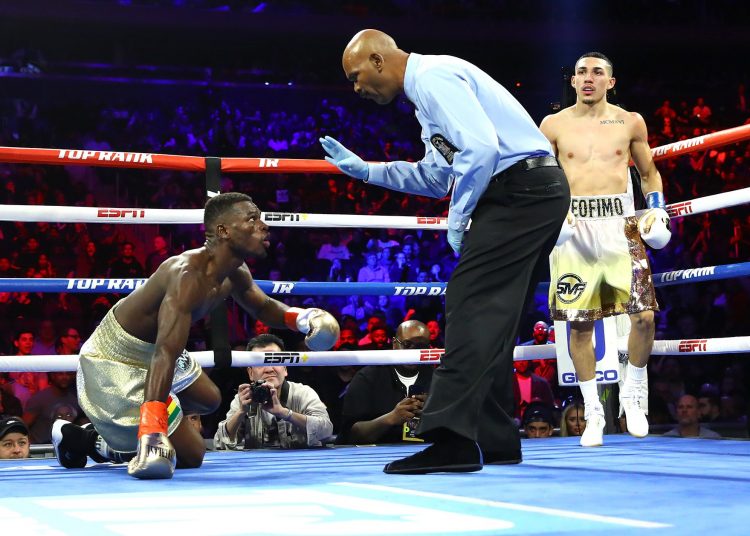 The MGM Grand will host the exciting Lightweight unification bout between Vasiliy Lomachenko and Teofimo Lopez.

Despite sending Commey sprawling across the canvas when they met at the Maddison Square Garden in December 2019 the Ghanaian believes Lopez was fortunate against him and has cast doubt over his level of power and ability to overcome Lomachenko.

“I have had the chance to share the ring with Teofimo and I know he has some power but his punch  did not really put me off.

“It will be more of technical work and the best man will win.” he stated regarding the bout.