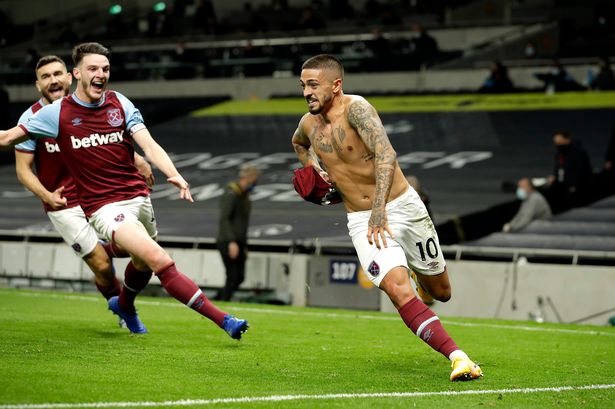 West Ham came back from three goals down with under 10 minutes to go to rescue a point in an astonishing comeback against Tottenham.

Manuel Lanzini’s brilliant long-range strike in injury time levelled the scores after Spurs had taken complete control in the opening 16 minutes through two goals from Harry Kane and one from Son Heung-min.

Gareth Bale, on as a substitute in his first appearance since his return to Spurs from Real Madrid, missed a great chance in stoppage time before Lanzini lashed the ball in off goalkeeper Hugo Lloris’ fingertips to cap an incredible climax.

West Ham improved markedly in the second half, but when Kane hit the post with 12 minutes to go there was no sign that the final result would be anything other than another win for Spurs.