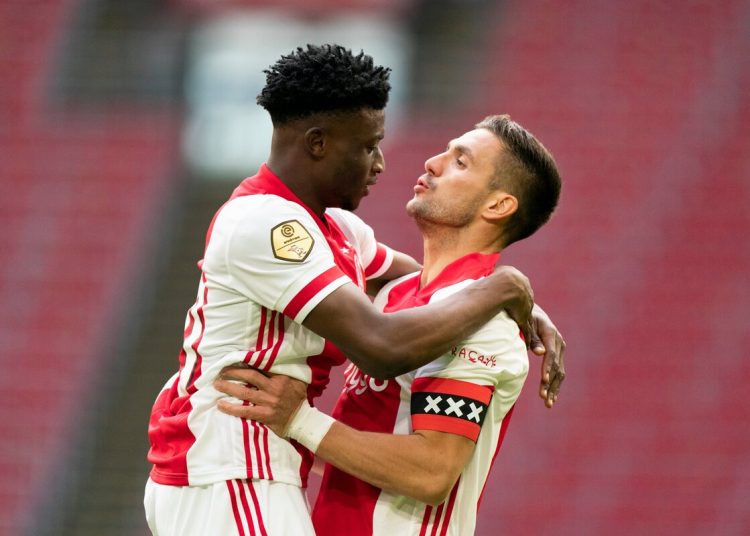 Ghana’s Mohammed Kudus returned to Ajax’s starting line-up to score his first goal for the team and set up two others as the Dutch champions cruised to a comfortable 5-1 win against Heerenveen on Sunday.

Prior to the international break, the 20-year-old was reported to have picked up an injury and subsequently missed Ghana’s friendly games against Mali and Qatar.

However, he looked in good form on his return as he laid a pass to Dusan Tadic who slotted home for Ajax to open the scoring.

Tadic, moments later, grabbed his second goal of the game as he converted a spot-kick to extend Ajax’s lead.

Kudus then got his first Ajax goal as he picked up a pass from Ryan Gravenberch, turned, and then shot into the bottom corner to beat Erwin Mulder in post for the visitors.

Heerenveen pulled one back in the second half but Ajax restored their three-goal advantage as Lacina Traoré was pulled to the ground for Davy Klaassen converted from the spot.

Kudus showed his brilliance yet again as he laid a tailored pass to Brazilian forward, Antony, who curled the ball into the back of the net to make it 5-1.

The win puts Ajax Amsterdam back on top of the Dutch Eredivisie with 12 points from five games and will travel to VVV-Venlo next on October 24, 2020.

For Kudus, the match was his 3rd since he joined Ajax from the Norwegian side, FC Nordsjælland in July 2020.