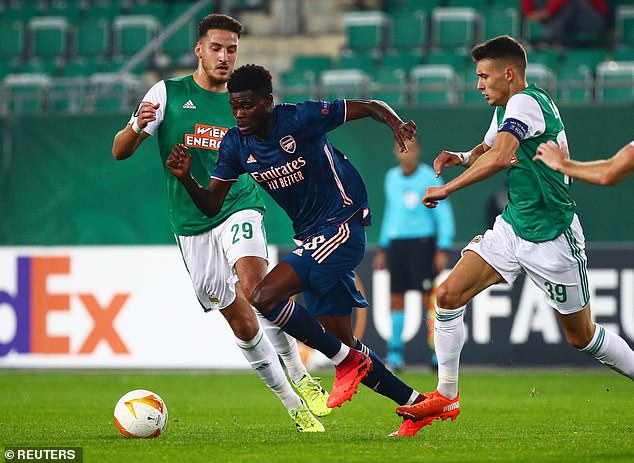 In his first start for new club Arsenal, Thomas Partey could not have received higher praise, being compared to none other than Patrick Vieira and having Owen Hargreaves label his full debut ‘one of the best I’ve ever seen.’

The midfielder was handed his first start by manager Mikel Arteta in Thursday’s Europa League opener away to Rapid Vienna.

And Partey’s all-action approach to get stuck into the match was immediately noticed by both Martin Keown and Hargreaves, with the Arsenal legend comparing him to the iconic Vieira. 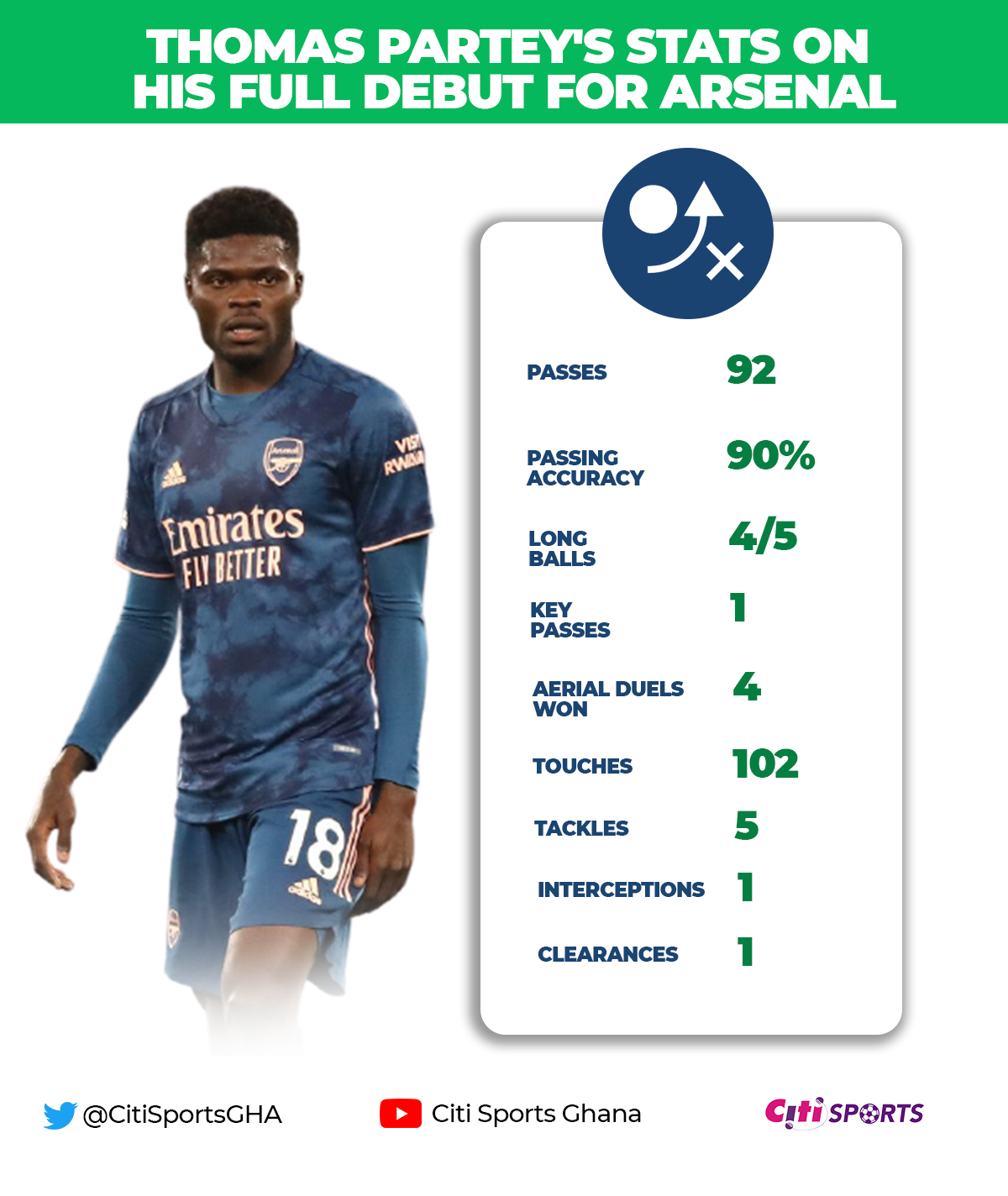 Partey made an explosive start in central midfield, winning balls for his new side while leaving opponents for dead with the use of his power, pace and nimble footwork.

Speaking in the BT Sport studio at half time, Keown and Hargreaves wasted no time in waxing lyrical about the new No 18.

‘I think you know when you see a player immediately add that touch of class, who wants to play and makes things happen,’ Keown began.

‘He’s so silky smooth, he’s oozed class and been everywhere.’

‘It’s one of the best debuts I’ve ever seen.’

Turning his attention to some of Partey’s highlights from the first 45 minutes in Austria, Keown noted instances whereby Partey would collect the ball from team-mates deep in his own half, before driving forward with intent.

Paying the summer signing the ultimate compliment, Keown added: ‘This is where he looks like Vieira for me when he’s travelling with the ball and making things happen.’

Arsenal secured their marquee signing of Partey on deadline day, after paying the player’s £45million release clause directly to LaLiga, meaning Atletico Madrid had no option but to let their asset go.

The Spanish giants had been keen to retain the services of Partey, though talks regarding a new long-term lucrative contract had reached an impasse – allowing Arsenal to pounce.

Partey, 27, made his Gunners debut recently in the Premier League against Pep Guardiola’s Manchester City, joining the action as a second half substitute.

The Gunners went on to narrowly lose the fixture 1-0, though have started the season brightly with nine points from five matches so far.