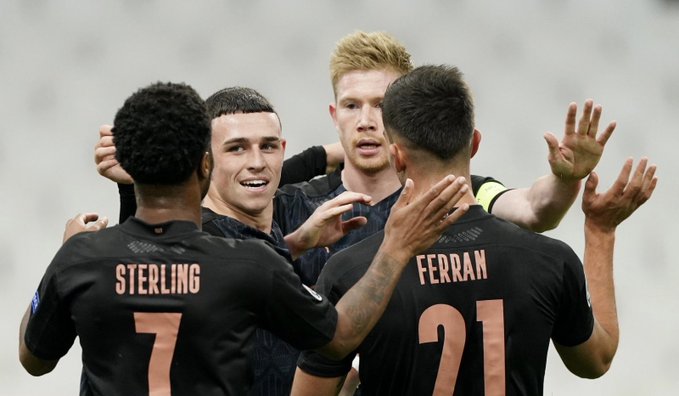 Manchester City continued their perfect start to the Champions League group stage with a comfortable victory at Marseille.

The visitors dominated from the outset, with Ferran Torres opening the scoring after Kevin de Bruyne got in behind the Marseille defence and squared for a tap-in.

Oleksandr Zinchenko clipped the outside of a post with a neat strike from the edge of the box as City pushed to get a second before half-time. 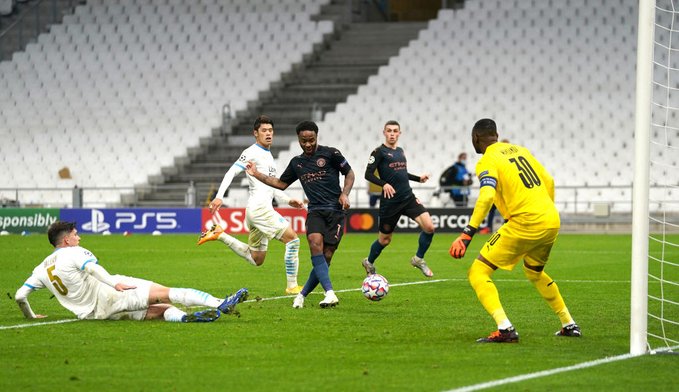 Marseille rarely troubled Ederson in the City goal. Nemanja Radonjic’s speculative effort from 30 yards was easily saved, while Florian Thauvin hit the outside of a post after the break, although Ederson had it covered.

As the hosts tired, City stepped up a gear and wrapped up the win in style as Ilkay Gundogan stabbed in from Raheem Sterling’s knockdown before Sterling tapped home from another De Bruyne assist.

Victory means City are top of Group C with six points from two games and on course for qualification to the knockout stage.

Their next Champions League game is at home to Olympiakos on Tuesday, 3 November.