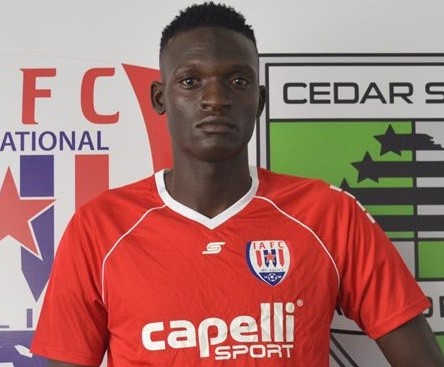 Ghana Premier League club, Inter Allies FC have signed Nigerian Centre-back, Ali Isah, on a season long loan ahead of the start of the new season.

He joins the club from Nigeria based club Remo Stars FC after completing his paperwork on Wednesday.

Inter Allies announced the signing on their official twitter handle.

The new Inter Allies Centre back says he is happy to join the club and will give off his very best.

“I feel so happy to join Inter Allies FC, it’s a beautiful Club and I’m glad to be here,” he told Allies Media.

“I really appreciate being given the opportunity to play for this team. I will give my maximum best to see the progress of the team.”

He is expected to join his new teammates today for his first training session with the Eleven is to One.