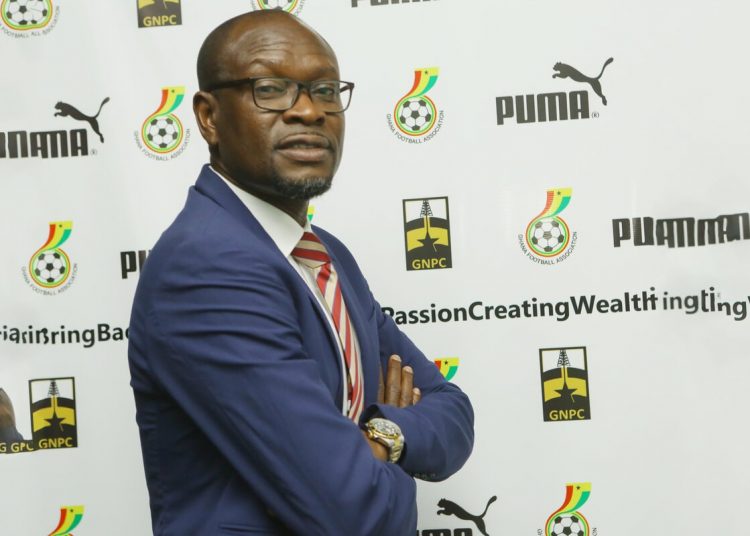 Head coach, C.K Akonnor has outlined the reasons behind the recall of Baba Abdul Rahman, Mubarak Wakaso and Harrison Afful to the senior national team.

The Black Stars boss also explained why he handed a debut call-up to Germany-born Jamie Leweling in his 23-man squad for next month’s double-header against Sudan.

CK Akonnor’s men will take on the North Africans in Cape Coast on November 12, 2020, before heading to Khartoum for the return leg scheduled for 5 days later.

Baba Rahman and John Boye have both not featured for the national team since AFCON 2019, while Harrison Afful, who missed the AFCON is making a return to the Black Stars for the first time in almost 2 years.

Wakaso meanwhile, was left out of the last squad that played Mali and Qatar in international friendlies earlier this month.

Read on for a full transcript:

Baba Rahman was once a regular player here but due to injury, he was taken out. Now he is back, he is fit, he is playing very well with his team. Unfortunately, he has not had the chance to play in the first team. But he has had a couple of friendly matches since August, September and even recently on 24th October, where he played against Liverpool’s second team. And in these matches, he has played 90 minutes; some are 90 minutes, a lot of 90 minutes and of course 70 minutes. So, we have taken a lot of consideration, looking at the fact that we have a little of weakness in that area, the full-backs, so I thought it’s necessary to bring him to compete with Gideon on that side.

For me, I am looking for immediate solutions and if you want to do that you don’t want to play around, you want to go straight to the point and therefore the immediate solutions are those guys. Again, on the right side, just recently, this young gentleman, Benson, did very, very well. But he needs support, he needs the old guys to be around, to learn from them and therefore I thought it wise to bring around none other than Harrison Afful, to back him up and of course, support him and that is why Harrison is also there.

John Boye is again an old guy; all this is because we want immediate solutions and therefore it is needed for us to deal with the experience and those who have been in such surroundings before. They have the experience, been around the terrain before, and know what it takes to play qualification matches, and so I thought it wise to bring someone who’s doing well in Europe. People have talked about him and I think he deserves that chance and that’s why he’s here to support the team.

For him, I spoke to him when we were going to Antalya. His time is up to join us and he received that message in a very good manner, and he’s here again to support the team with his rich experience.

He had the chance to come, he has also been away for some time. But unfortunately, when we were about to go to Turkey, he got injured and I think I still want to keep that team. Now that he’s fit and doing well, he has a chance of coming to help us.

He is a young man who is all over the place with lots of teams interested in him because of what he has done. He is growing very fast. He just got a chance from the second team and now he is with the first team. He’s been a player, I believe, is a hope for the future. He is one of the guys that we can have because he’s young, 19 years of age, and he has had the chance to play for the German national team. So we are looking at how we can also get him on board to also help us in the future. He’s somebody I believe if not today, he’s going to be the hope for our future and that’s why he’s here.

On whether he has spoken to Jamie

As we speak now, I have spoken to him but I haven’t assured him. I went to Germany to watch him because he was also recommended by our technical director (Bernhard Lippert). Nobody had an idea, but he said he is a good talent, and so we have to watch him. So, I went to see him play, it was not enough but the two matches that I saw, I think it’s a good opportunity for him to also come here and showcase his talent but I believe he’s one good talent, hope for the future.