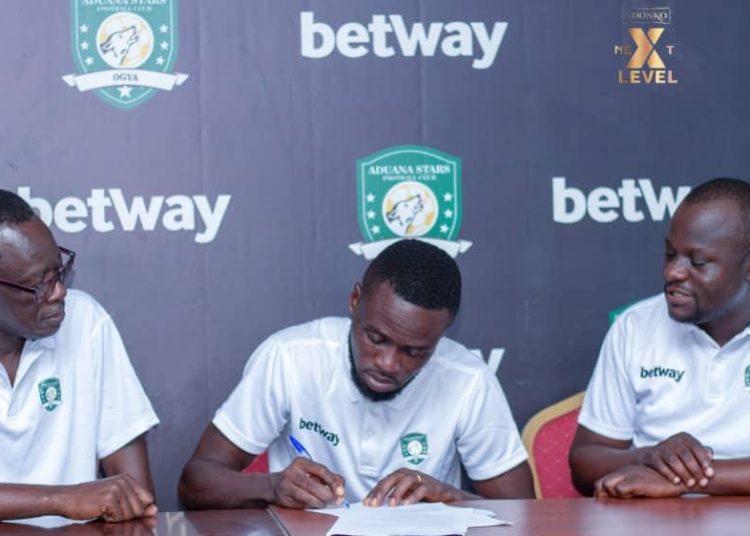 Ghana Premier League, Aduana Stars, have announced that goalkeeper, Joseph Addo has signed a two-year contract extension with the club.

The deal will see Addo stay with the two-time Ghana Premier League winners until 2022.

Aduana announced the contract extension on the official twitter handle on Wednesday evening.

We are pleased to announce that Joseph Addo has pen down two years contract extension for the club pic.twitter.com/U5wg5Y89Ad

The 30-year old joined Aduana Stars in 2015 and has since been the club’s number one shot stopper.

The Dormaa based club will begin their Ghana Premier League campaign on Saturday with a home game against Hearts of Oak.