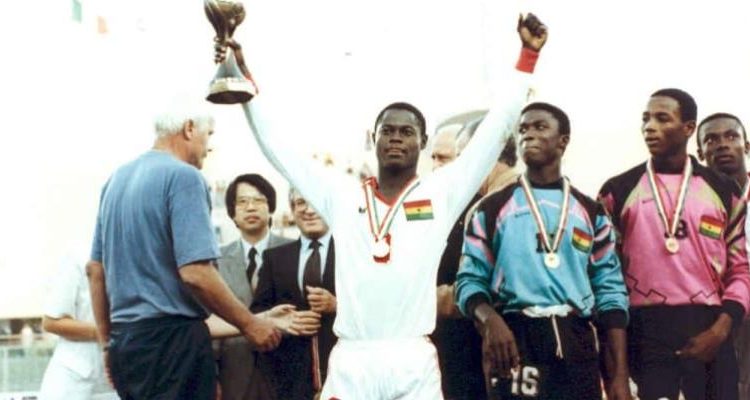 Former Ghana U-17 and senior national team head coach, Otto Pfister, has revealed how former President Jerry John Rawlings’ special treat for the Black Starlets for  winning the 1991 FIFA U-17 World Cup has left an impressionable memory during his time in Ghana.

Pfister led Ghana to its first global title at Under 17 level, beating Spain 1-0 in the final played in Florence.

Soon after, he took charge of the Black Stars and led them to the final of the 1992 Africa Cup of Nations where they lost 11-10 to Cote d’Ivoire in a marathon penalty shoot out.

Pfister has also coached Egyptian side Zamalek, where he won an impressive 5 trophies between 1999 and 2002.

He led Togo to their debut world cup in 2006 before taking charge of Cameroon who he led to AFCON 2008 final defeat to Egypt.

But it is the Starlets team from 1991 that left a lasting impression on the 82 year old German.

“My time in Ghana is one of the most special memories in football.

“But also personally, winning the 1991 U-17 World Cup with the starlets was one of the highlights of my life.

“The Starlets win was a terrific time for me and also for Ghana. I remember when we came back from Italy; at the airport there were more than 50,000 people to welcome us.

“The President, Jerry Rawlings, also organized a party for us in his house. This for me is a memory I can never forget.

Otto Pfister spent three years in total in Ghana and left after the AFCON 1992 defeat to Cote d’Ivoire.