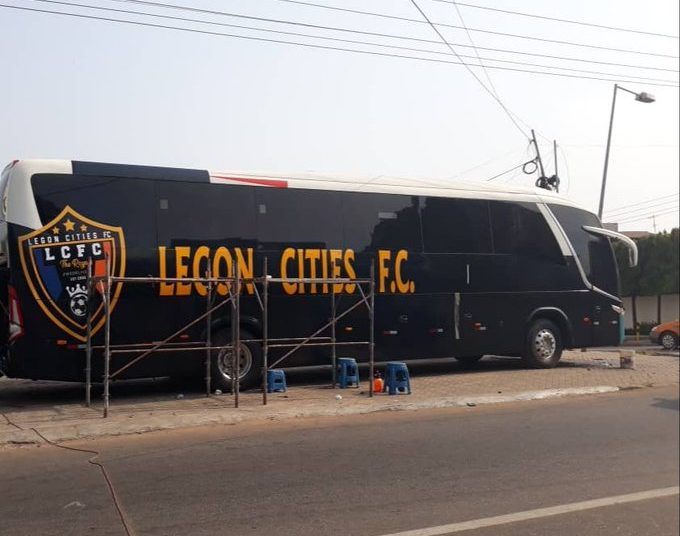 Notorious robbers ensured that the 2020/21 Ghana Premier League season got off to an ignominious start after raiding the dressing rooms of both Legon Cities and Berekum Chelseas while the opening match of the season was underway on Saturday night.

Players and officials of both sides were only left with the option of raining coronavirus-curses on the audacious thieves after the game that ended in a draw at the Accra Sports Stadium.

The brazen robbery took place even though the government had ordered for matches in the league to be played behind closed doors.

As such the two clubs were stunned to discover that bandits had stormed their dressing rooms and made away with large sums of money, laptops, mobile phones, watches and rings while they fought during the 1-1 draw game.

The robbers feasted heavily while the two sides fought the tightly contested game to mark the start of the season affected by more than 68 cases of coronavirus hitting several players in the league.

With hopes of catching the burglars fading fast as CCTV at the national stadium is faulty, players and officials had to resort to the comfort of praying to God for coronavirus to catch the perpetrators of the robbery.

Angry players distraught by the massive clearout could be heard screaming ‘may God punish these thieves by infecting them with coronavirus.’

Other accounts claim that the stealing took place in the buses of the clubs but a Chelsea player said the thieves broke into the dressing rooms.

“After the game, we went straight to the dressing room and got the surprise of our lives. Our belongings were stolen,” Berekum Chelsea player Owusu told Ashes Gyamera.

“We could not believe it because the doors were closed and most especially we played in an empty Stadium since it was behind close doors.

“Some of the players lost hundreds and thousands of cedis while mobile phones and laptops were also taken away. I don’t know what the authorities will do about this incident but it is very bad,” he added.