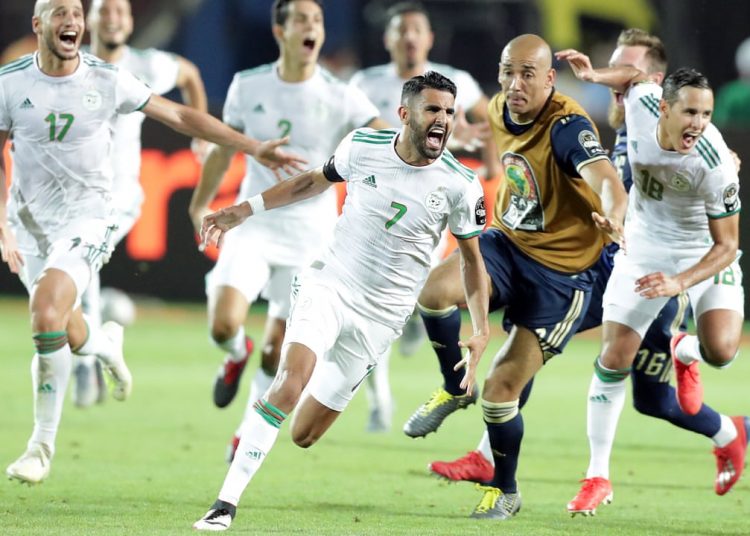 Holders Algeria booked their place in the finals of the Africa Cup of Nations, while the continent’s youngest country, South Sudan, pulled off a rare win on Monday.

Algeria join Senegal, who qualified on Sunday, in the 24-team field for the finals, to be held in Cameroon in early 2022, after a 2-2 draw in Harare against Zimbabwe.

The result guaranteed Algeria a top-two finish in Group H.

Algeria dropped their first points of the campaign despite opening the scoring through Andy Delort and Riyad Mahrez, who netted within four minutes of each other.

Algeria have 10 points while second-placed Zimbabwe are on five.

Botswana upset Zambia 1-0 in the other group game to move up to third on four points and leave the 2012 African champions last in the group.

South Sudan, who have only been independent since 2011, took a first major scalp with 1-0 victory over Uganda in Nairobi.

South Sudan had to move the game to Kenya because their own stadium is not fit for international football but overcame the disadvantage to win from Tito Okello’s 36th-minute penalty. They, however, remain bottom of Group B. Burkina Faso lead the group after a goalless draw against Malawi.

Gambia, seeking a first-ever place at the finals, kept up their hopes with a 2-1 home win over Gabon at the end of an eventful day.

Gabon players arrived at the stadium having spent the night sleeping on the floor of the airport after being told they could not leave the airport because of an administrative problem. They were allowed to leave on Monday morning after government intervention.

Both countries have seven points in Group D.

Hosts Cameroon are participating in the preliminaries and won 2-0 in Mozambique where Vincent Aboubakar scored just minutes after the home side spurned a penalty when Reginaldo’s effort hit the post. Serge Tabekou added a second.

South Africa laboured to a 4-2 home win over tiny Sao Tome e Principe but now have nine points from four games in Group C while Congo moved closer to qualifying from Group I after a goalless draw in Eswatini.