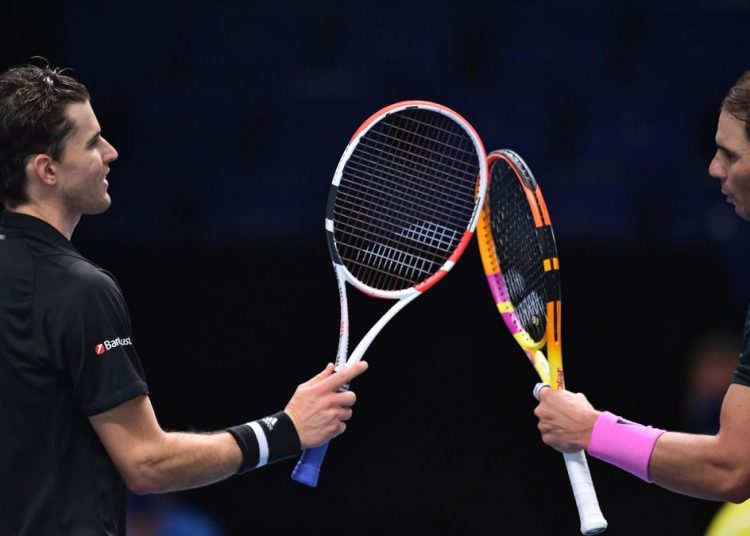 Dominic Thiem came out on top in a high-quality match to beat Rafael Nadal at the ATP Finals.

Nadal saved three match points at 4-5 in the second set but Thiem refocused and clinched victory with a forehand winner.

Stefanos Tsitsipas plays Andrey Rublev in Tuesday’s other match of Group London 2020 at about 20:00 GMT.

If defending champion Tsitsipas wins, Thiem will be into the semi-finals before his final match of the round-robin stage.