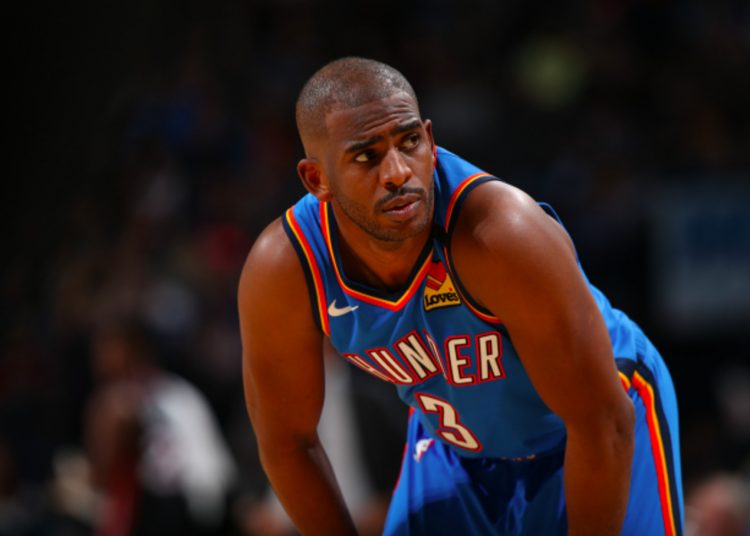 The Phoenix Suns on Monday acquired All-Star guard Chris Paul in a trade with the Oklahoma City Thunder.

Suns owner Robert Sarver is bringing the future Hall of Fame guard and franchise leader to Phoenix, delivering star Devin Booker a running mate. After finishing last season by going 8-0 in the bubble and establishing momentum, the Suns are set to become a factor in the Western Conference this season.

“We are excited to welcome Chris Paul and Abdel Nader to Phoenix,” Suns general manager James Jones said in a statement. “Chris’ leadership and competitive approach to the game will have an immeasurable impact on our team. Abdel possesses all the traits on and off the court that will complement our culture.”

Paul, 35, reunites with Suns coach Monty Williams, who coached the point guard for one season (2010-11) in New Orleans. The team went 46-36 that season and lost in the first round of the playoffs.

He has been plagued by injuries at various times during his career, but Paul had one of his most complete and durable seasons with the Thunder, missing only one game because he was mourning the loss of close friend Kobe Bryant. In 70 games, Paul averaged 17.6 points, 6.7 assists and 5.0 rebounds. He also led the league in clutch-time scoring, spearheading the Thunder in close games, which is what propelled them to the 5-seed in the West.

Paul’s sizable contract — two years remaining at $80-plus million total — combined with his age made him previously thought to be a nearly untradable player. But he has moved twice in two years, with the Suns believing that Paul’s bounce-back season in OKC has paved the way to Western Conference contention and validating the price of his contract.

The Thunder have a track record of working with star players and their representatives, and as they did with Carmelo Anthony, Paul George and Westbrook before, Thunder general manager Sam Presti worked with Paul’s representatives at CAA, Ty Sullivan and Steve Heumann, to get Paul to his preferred destination.

“We want to thank Chris for the contributions he has made to the Thunder and the Oklahoma City community, both this season and during his initial tenure in 2005-06 with the Hornets,” Presti said in a statement. “Chris has been the consummate leader and has left a tremendous legacy in a short period of time. We wish him and Abdel and their families only the best moving forward. We also look forward to welcoming Ricky, Kelly, Ty and Jalen to Oklahoma City and are excited for them to join the Thunder program.”

For the Thunder, the move is part of the repositioning and rebuilding plan that was set into action after George was dealt to the LA Clippers, which resulted in Westbrook’s moving to the Rockets. After agreeing to deal guard Dennis Schroder to the Los Angeles Lakers for a first-rounder, the Thunder have as many as 17 future first-round picks between the 2020 and 2026 drafts.

The Thunder might not be finished yet, either, with the potential to sign-and-trade unrestricted free agent Danilo Gallinari to a contender or move center Steven Adams for more draft capital. They also could reroute some of the recently acquired veterans, such as Danny Green (acquired in the Schroder trade), Rubio or Oubre.

For now, the Thunder embark on a long-awaited rebuild, handing the franchise keys to budding star Shai Gilgeous-Alexander, who tutored under Paul’s guidance last season. Then they wait to cash in their war chest of draft picks, with their next future franchise star still possibly waiting to get his driver’s license.