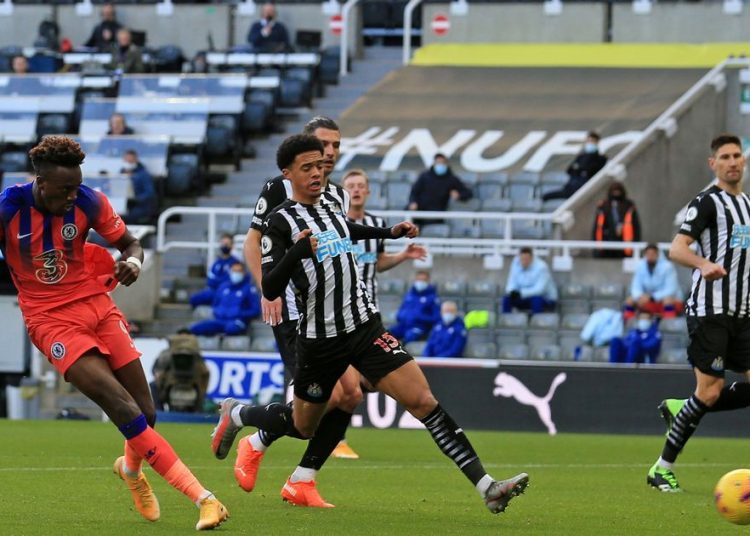 Chelsea moved to the top of the Premier League table, if only for a few hours, after a solid win at Newcastle United, their fifth straight victory in all competitions.

Federico Fernandez’s own goal set the Blues on their way, the Argentine defender poking the ball over his own line while under pressure from Ben Chilwell.

But Abraham made sure of the points with a smart finish following Werner’s pass after Newcastle had threatened through Isaac Hayden and Joelinton. Sean Longstaff hit the bar for the home side towards the end.

Chelsea, who started the day fifth, are top the table on goal difference ahead of Leicester, who are at Liverpool on Sunday.