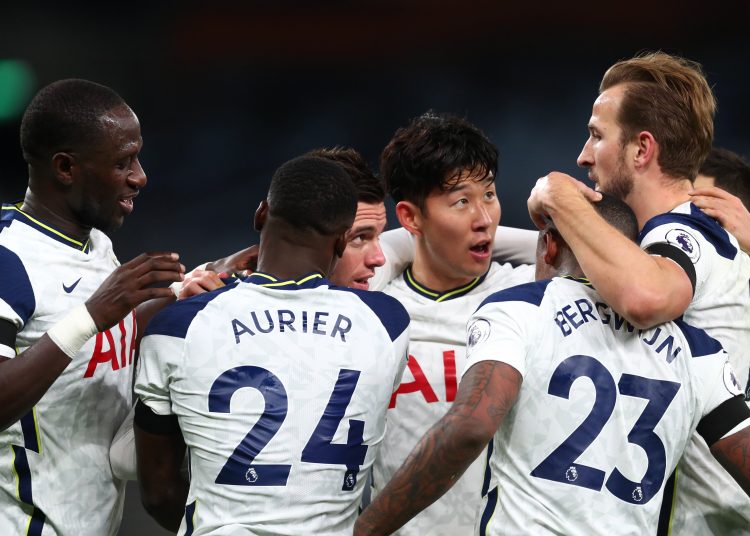 Tottenham Hotspur went top of the Premier League after producing a display of clinical efficiency and tactical discipline to beat Manchester City.

In the usual battle of wits between Jose Mourinho and his old adversary Pep Guardiola, the Spurs manager came out on top as his team’s season gathered further momentum.

Son Heung-min put Spurs in front after five minutes, finishing coolly from Tanguy Ndombele’s pass before Manchester City had a first-half goal ruled out by VAR for a handball by Gabriel Jesus after Aymeric Laporte’s finish.

City continued to enjoy greater possession but Spurs, as you would expect from a Mourinho side, were fiercely drilled and resilient, taking their chance when it came to double their advantage and finish the game.

It came in the 65th minute after a dream substitution from Mourinho, Giovani lo Celso beating Ederson with a low finish from another Kane pass 35 seconds after coming on for Steven Bergwijn – the only cloud for Spurs coming with a late injury to Toby Alderweireld after an outstanding performance.