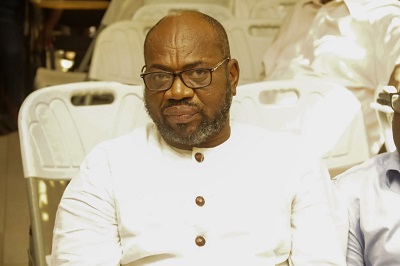 Chairman of the Black Stars management committee, George Amoako, has called on Head Coach, C.K Akonnor and his technical team to do better following Ghana’s failure to secure early qualification to the 2022 AFCON.

The Black Stars’ qualification to the tournament was delayed after Sudan won the second match in the double header in Group C through a late Mohammed AdelRahman goal in the 92nd minute.

Amoako who was speaking in an interview with Graphic Sports said the team must learn from their mistakes in the loss to Sudan.

“I hope that the technical team would sit up and correct all the errors; the errors that ensured that we could not score a goal.

“All the game was centered in the midfield and our incursions upfront did not yield any dividend. They should ensure that they are able to penetrate defenses and score goals; that is the only way to win matches”, he stated.

“We did not achieve what we sought to achieve; we thought we could either draw or win the game but it didn’t come off that way, and I think we need to learn a few lessons from that,” Mr Amoako lamented.

C.K Akonnor has already indicated that the team will learn from their mistakes and ensure qualification to the AFCON tournament in January 2022, when the qualifiers resume in March next year.

The Black Stars remain top of Group C, tied with South -Africa on nine points, with Sudan in third place with six points.