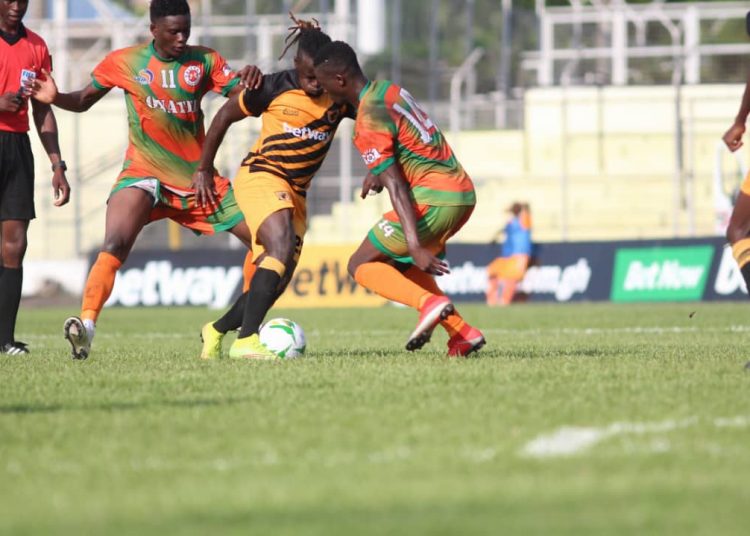 Ashantigold were held to a drab 0-0 draw at home to Burkinabe side FC Salitas in the first leg of the preliminary round of the CAF Confederation Cup at the Len Clay Stadium in Obuasi.

The Miners, who were knocked out of the competition in the 2nd round last year, created the better opportunities but a combination of poor finishing and occasional solid defending from the Burkinabes ensured the latter went back home with an important draw.

In the game played behind closed doors in Obuasi, Ashantigold’s biggest threats came from Appiah McCarthy’s set pieces, but none could find the back of the net as Salitas held strong.

Yaw Annor’s slippery play at times threatened to break the deadlock but Ashantigold could not find an opening throughout out the 90 minutes.

Salitas almost punished the Miners in the first half, hitting the woodwork just after the half hour mark.

Ashantigold will now travel to Burkina Faso for the return leg, slated for 4th December, 2020.