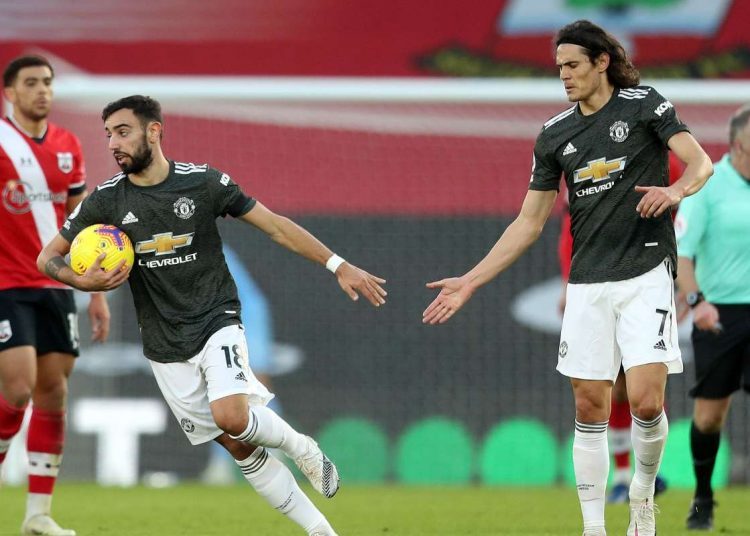 Bruno Fernandes led Manchester United’s comeback from a 2-0 half-time deficit against Southampton at the weekend with a goal and an assist.

However, it’s not his goal contributions that caught the eye the most on Sunday.

With United shocked by the Saints first-half blitz, Fernandes became increasingly vocal, screaming instructions to his teammates and berating them when they made errors.

When the Portuguese midfielder pulled one back for United, in the second half, he was one of the first back into the United half, ready for the game to be restarted. 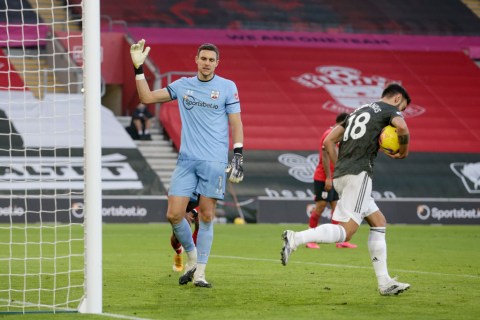 He was also instrumental for United’s second goal, with his shot headed in by Edinson Cavani.

It wasn’t this assist or the earlier goal that’s earning him rave reviews on social media, however.

A clip of the aftermath of the goal showed Fernandes shouting at his teammates, most of whom had sprinted to the corner to celebrate Cavani’s equaliser.

Fernandes can be seen gesturing to his mates to stop celebrating as he backed into his own half eager to help his side find a winner.

That winner came eventually from Cavani, with Fernandes playing his part yet again, winning the free-kick that preceded it.

Check out the video below

The fans were obviously gushing about the Portuguese international.

I’m not a united fan. But he’s your best player by a long mile. Give him the armband.

Just seeing how he goes about his game, his mentality is nothing I’ve seen since the last of our class of ’92, he’s work rate which no one talks about so much is unbelievable. Then add his impact to the team. Passion, mentality and talent that’s BRUNO FERNANDES