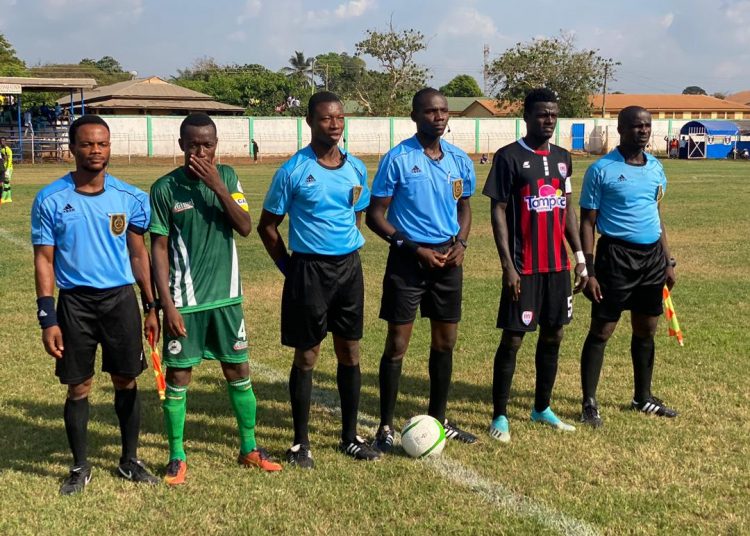 King Faisal scored late in their game against Inter Allies on Thursday to record their first win of the 2020/2021 Ghana Premier league season in match week four at the Ohene Ameyaw Park in Techiman.

Inter Allies had the first opportunity to go ahead in the 20th minute of the game through Emmanuel Adjetey but Faisal goalkeeper Rashid Seidu stopped his effort.

In the 25th minute, there were calls for a penalty from Inter Allies when Collins Kudjoe was brought down in the 18-yard box but the referee would have none of that as play continued.

Rashid Seidu once again came up with a fine save to prevent Inter Allies from taking the lead in the 34th minute.

The second- half saw Inter Allies dominate possession but failed to convert their opportunities into goals.

It seemed as though the match was heading for a goalless draw until Samuel Kusi in the 86th minute, found the back of the net to give the home side their first win of the season.

This is also the first time King Faisal have won a game in the Ghana Premier League since they were re-admitted last season, taking them 17 games to do so.

CAFCL: FC Nouadibhou arrive in Ghana ahead of Kotoko clash