EPL: Wolves come from behind to stun Chelsea with late winner 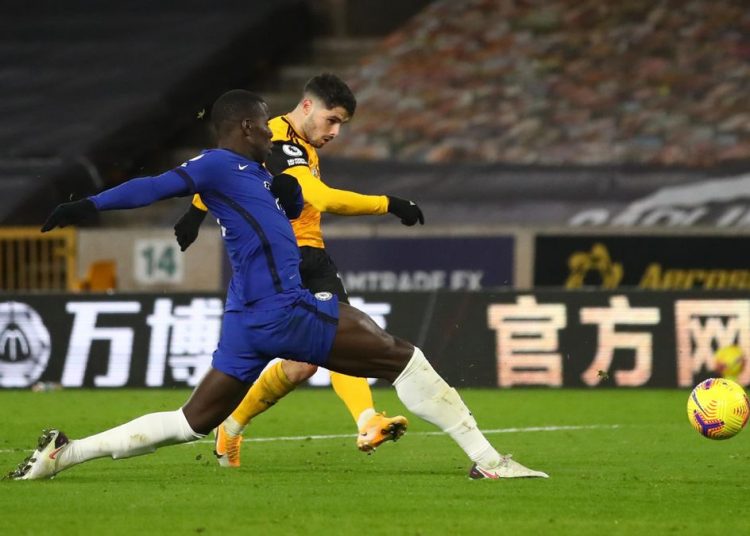 Pedro Neto scored an added-time winner as Wolves came from behind to earn a dramatic victory and stop Chelsea going top of the Premier League.

Daniel Podence had levelled in the second half after Olivier Giroud put the Blues ahead.

The Portugal forward tiptoed through the Chelsea defence before wrong-footing goalkeeper Edouard Mendy with a shot that deflected in off Reece James.

It came after a fierce Giroud volley from Ben Chilwell’s cross crept through Rui Patricio’s gloves to open the scoring for the visitors.

Neto was denied a late penalty for the hosts after referee Stuart Attwell reviewed his original decision on the pitch-side monitor and judged the Wolves forward was not fouled by Reece James.

But the 20-year-old broke away in the 95th minute and fired a low strike into the far corner beyond Mendy to earn Wolves only their second win in six games.

It is a second successive defeat for Chelsea after they were beaten at Everton on Saturday, with Frank Lampard’s side again missing an opportunity to go top of the table.