“It didn’t go down well”: When Andy Robertson wore a Chelsea shirt to a Liverpool party 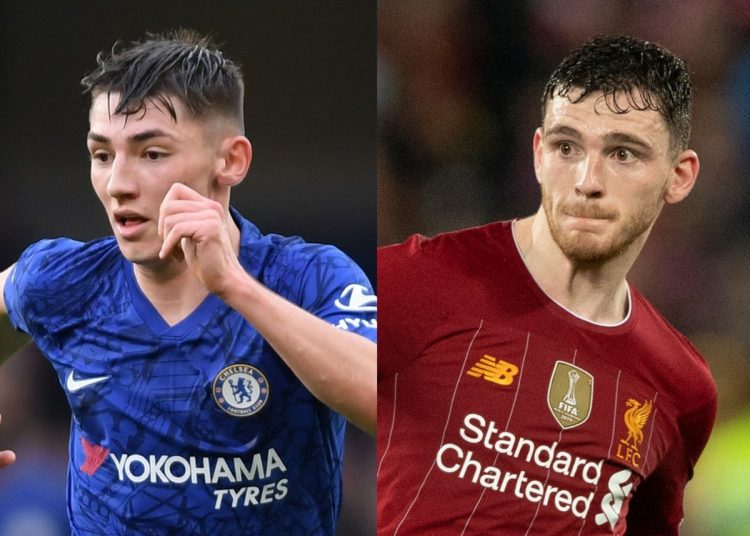 To many footballers, the idea of wearing a rival team’s colours would be unthinkable. But Liverpool defender Andy Robertson went even further than that – by whacking on a Chelsea shirt the night his team were crowned Premier League champions.

Robertson was one of many Liverpool players and staff gathered at a hotel to watch the Manchester City vs Chelsea game back in June. They all knew a Chelsea victory would  hand them the title, and so the Scottish defender decided to lend his support to Frank Lampard’s side ahead of kick off.

“When it came to that night in June – when Manchester City lost at Chelsea and we were confirmed as champions – the club had everything organised for us on the back of beating Crystal Palace 4-0 the day before,” he tells the January edition of FFT. “We had a hotel booked out and a barbecue arranged.

“I won’t lie: I do have a Chelsea shirt in my possession, and I may have jokingly stuck it on for the boys in our group chat ahead of the game. It didn’t go down well, and I got the bites I was hoping for. It doesn’t quite fit: it’s Billy Gilmour’s, so a bit small for me!”

Celebrating at a hotel – away from the club’s supporters in the midst of lockdown – wasn’t the massive party Liverpool players had been hoping for when the season began. But Robertson feels the club did what they could to make it special for the squad and staff.

“Achievements like that should be enjoyed while surrounded by your family, friends and, of course, the Liverpool supporters,” he says. “But we made the best of the situation, to put it mildly. Those celebrations went on long into the night, and it was a special occasion with all the lads and staff there to share it. I think after 30 years, you’re probably entitled to make a night of it.”

Despite the huge sigh of relief breathed across the red half of Merseyside, as a first league title for 30 years was secured, the Scotland captain believes the team are just as motivated as ever this season.

“You always get asked how you’ll build on an achievement like that, without easing up and letting standards drop. I just don’t think it’s in our nature to relax, put our feet up and be content with former glories. We demand it of each other. We’re a tight-knit group and we don’t cut corners. It’s high energy every single day – that mentality works for us.”

Besides, when you play for a manager as demanding as Jurgen Klopp, taking your foot off the gas isn’t an option, as Robertson explains.

“It’s simple: when he talks, we listen,” says Robertson. “He could keep saying the same thing for a year and we’d still hang on every word. He’s our manager, our boss, our leader and we have massive respect for him. We owe it to him and ourselves to go again this season.”

Nothing is handed to you in a league full of quality, and we’ve been a bit unlucky with injuries. As a consequence of that, my role has maybe adapted slightly. At times I’ve found myself the oldest and most experienced player in the backline, which is a new one on me. You need to help the younger lads, but that’s in my make-up anyway. I try to be a leader in what I do, and we’re fortunate to have so many in our squad. I’d hope other people would say that I’m among them.”