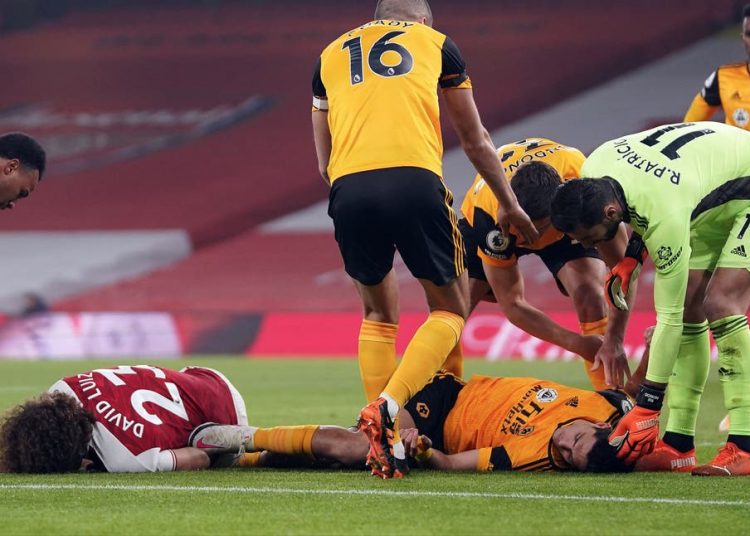 The Premier League has said it hopes to start permanent concussion substitution trials from January.

It follows football’s lawmakers, the International Football Association Board (Ifab), approving trials in 2021.

The new rule means permanent substitutions can be made if a player suffers a head injury, even if all replacements have already been used.

To avoid potential abuse of the rule, opposition teams will also be able to make a change at the same time.

However, Premier League clubs have voted against the use of five substitutes for a third time, despite Ifab’s confirming an extension to the rule on Wednesday.

Instead, the number of top-flight players allowed on the bench has increased from seven to nine.

This measure will come into effect from matchday 14, which begins on Saturday.

“With player welfare the Premier League’s priority, clubs agreed in principle to introduce additional permanent concussion substitutions following approval of the trial by the International Football Association Board yesterday,” the Premier League said on Thursday.

“The Premier League will look to implement protocols which will allow a maximum of two concussion substitutes to be used per team, with the opposition side able to use the equivalent number.

Speaking before the latest decision not to allow five substitutes, Football Association chief executive Mark Bullingham said he was “surprised” top-flight clubs had not approved the change.

“I think when we started off at Ifab level, we fully expected all the leading leagues to sign it off for the reason of a very congested season with a lack of pre-seasons,” said Bullingham.

Speaking about permanent concussion substitutes, he added: “I think we have to state clearly why permanent substitutes are better.

“We had a concussion expert group pulled together by Fifa and Ifab to look at this and their view is very firmly that it’s safer.”

Concussion substitutes were set to be introduced at the football competitions of the 2020 Tokyo Olympics before the Games were postponed until 2021 because of coronavirus.

The ability to gather a more accurate diagnosis of head injuries has been in the spotlight after several members of England’s 1966 World Cup-winning team were diagnosed with dementia.

Stiles and Jack Charlton, who both died earlier this year, had dementia, while Sir Bobby Charlton’s family recently revealed he had been diagnosed with the disease.

Former Tottenham defender Jan Vertonghen also recently explained how he had felt the effects of a concussion he sustained playing for Spurs for the following nine months.