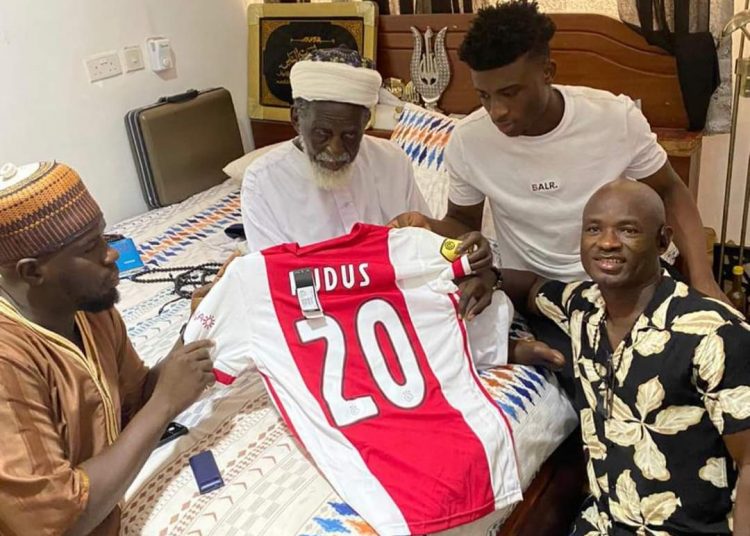 Ajax protege, Mohammed Kudus has paid a courtesy call on the National Chief Imam, His Eminence Sheikh Dr. Osman Nuhu Sharubutu while on holidays in Ghana.

The 20-year-old visited the Chief Imam to seek his blessings and also present him with an Ajax Amsterdam jersey.

Kudus Mohammed secured a move to the Dutch champions on July 16, 2020 from Danish club, FC Nordsjælland after impressing over a period of time.

After joining Ajax, Kudus enjoyed a blistering start to his career in his new team before sustaining an injury in the UEFA Champions League game against Liverpool which sidelined him for months.

The Ghanaian wonderkid has since resumed training with the Dutch champions and will hope to be back on the field when the Eredivisie resumes in January.

Thank you: Kotoko to Presidency after receiving monetary support for CAF campaign