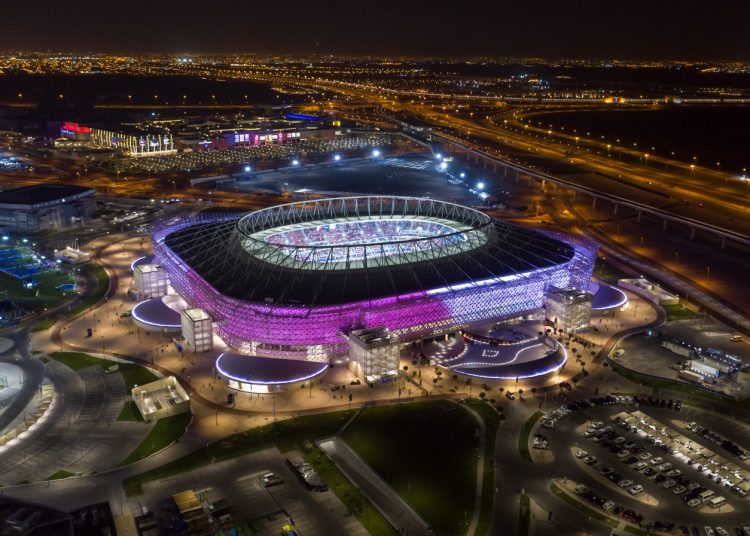 Over the past year, the global football community has worked diligently to find solutions for the safe return of the sport amidst the global COVID-19 pandemic. For its part, Qatar has played an important role in building confidence amongst players and fans alike by showing that a return of large scale tournaments, and in person attendance is possible when the right safety measures are put into place.

Set to host the first FIFA World Cup™ in the Middle East and the Arab world in just under two years’ time, Qatar continues to host events in the build-up to the tournament to test venue readiness, tournament operations and to fine tune the country’s fan experience offering. With the advent of the COVID-19 pandemic, these events have taken on a new dimension: ensuring the safety, health and wellbeing of all participants. 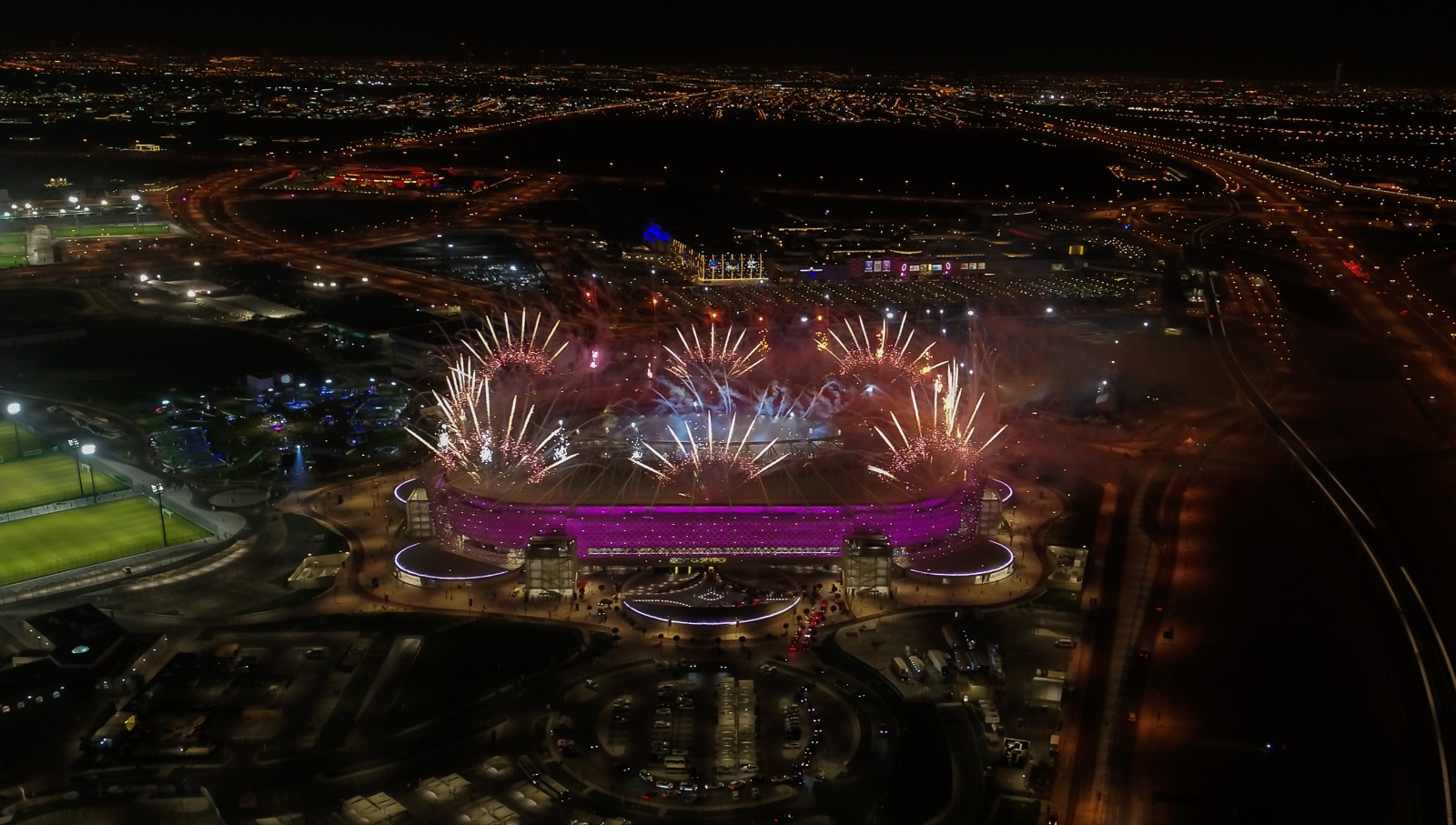 Over the last three months alone, Qatar has hosted Asian Football Confederation (AFC) Champions League West and East matches, including the final itself, as well the Amir Cup Final, Qatar’s most prestigious cup competition. For the return of Asia’s premier footballing club competition, more than 900 players and staff from 30 teams played in a total of 76 matches, all staged across multiple FIFA World Cup™ venues. It constituted the largest bubble-to-bubble sporting event since the outbreak of the COVID-19 pandemic.

The safety of players, officials, team organisers and fans attending was maintained through a series of measures which included: mandatory COVID-19 testing, safe transportation methods, regular disinfection of all tournament venues, including training and media facilities, as well as the provision of medical staff in stadiums throughout the competition. A total of 48,323 tests were carried out across the AFC Champions League matches and the Amir Cup Final, enabling the safe attendance of over 10,000 and 12,000 fans at each final match respectively. 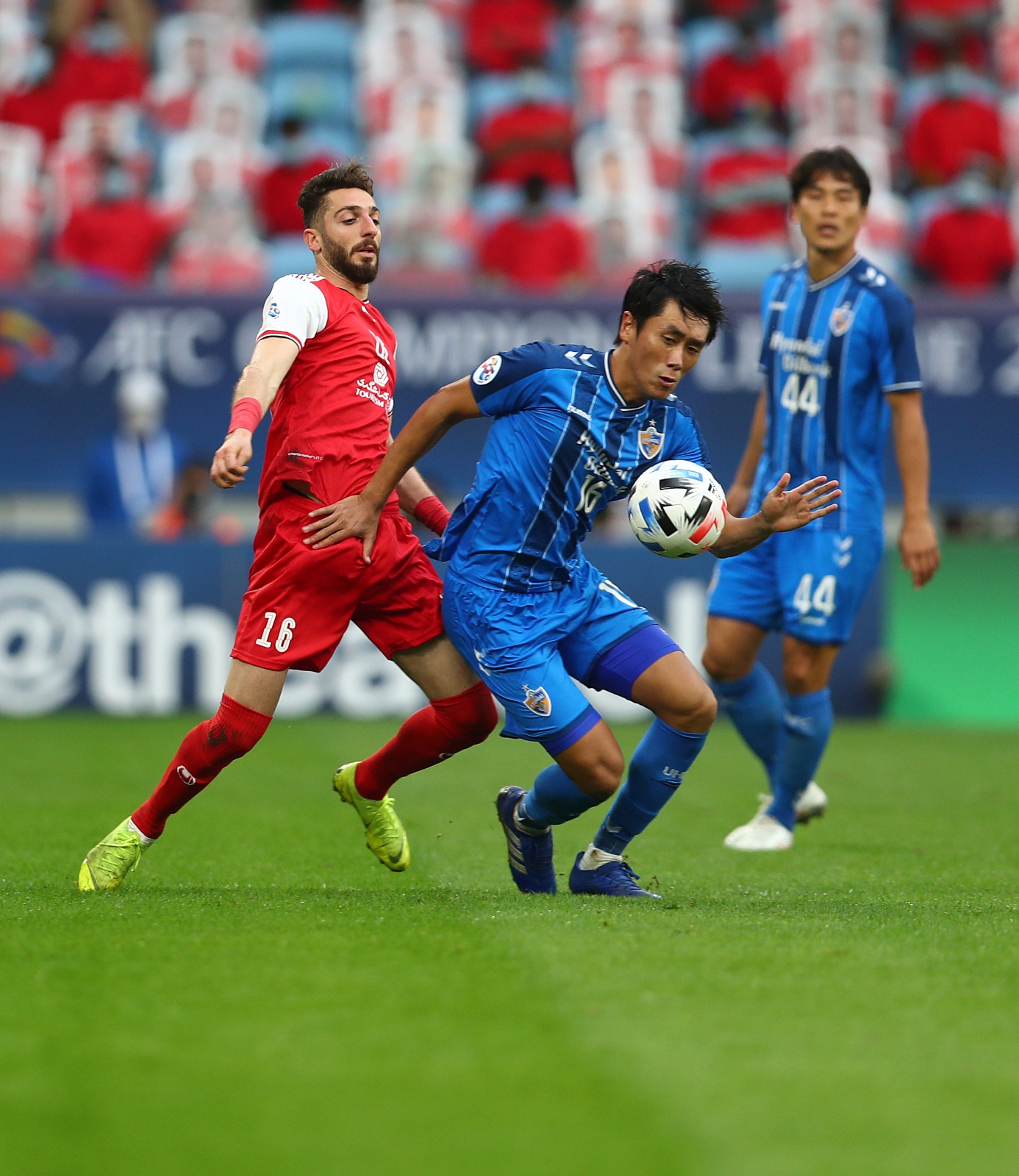 AFC President, HE Sheikh Salman bin Ibrahim Al Khalifa thanked the efforts made by Qatar to host Asia’s most prestigious football competition after a stoppage that saw football across the continent halted for several months.

“On behalf of the Asian football family and the Asian Football Confederation, I want to underline our gratitude once again to the Qatar Football Association, the Qatari authorities and all our Member Associations and their participating clubs for the successful completion of the AFC Champions League. It was an incredible team effort that showcased the unity and solidarity of Asian football. My thanks also go to the medical team in Qatar, our doctors, and front liners as well as the delegation in Qatar. Our achievements would not have been possible without you and this success is a tribute to all of you who have shown great resolve and commitment.”

“We are also grateful for the hard work and increased efforts of Qatar as they step up the preparations to host the FIFA World Cup in 2022. The opening of Ahmad Bin Ali Stadium, the fourth to be inaugurated, is a clear indication of the progress being made towards delivering a truly world-class celebration of football,” added HE Sheikh Salman. 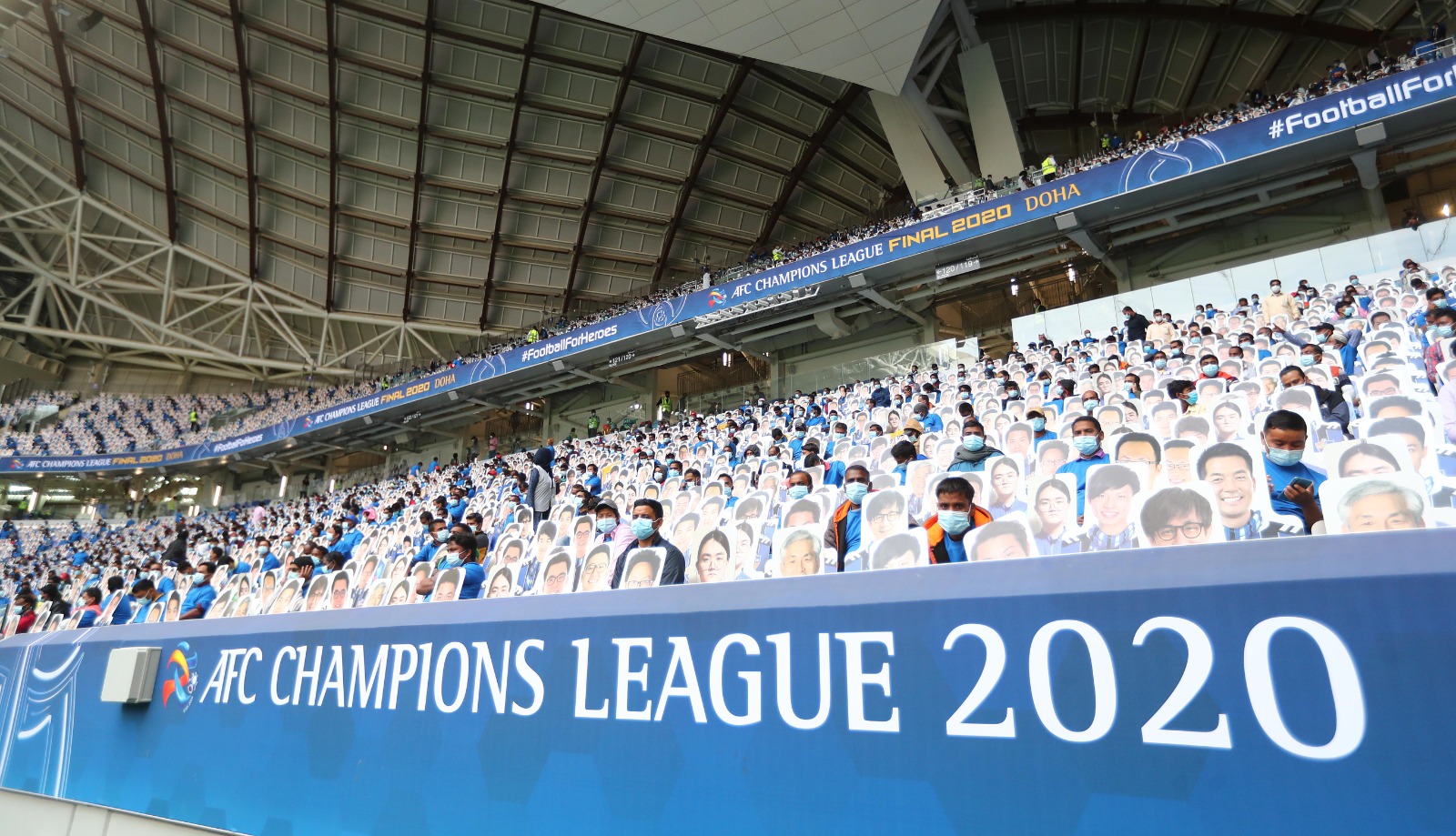 The success of the initial West and East group stages of the competition, which marked the return of continental football to Asia but was played without fans, helped organisers prepare for the Amir Cup Final 2020 and the AFC Champions League Final, which saw the safe attendance of more than 12,000 and 10,000 fans respectively. The Amir Cup Final 2020 also marked the inauguration of Ahmad Bin Ali Stadium, the fourth FIFA World Cup™ stadium to be inaugurated prior to the tournament kick-off which is set for 21 November, 2022.

Speaking after the match, Nasser Al Khater, Chief Executive Officer, FIFA World Cup Qatar 2022™ LLC said: “Tonight was an immensely proud occasion for Qatar and the people of Al Rayyan. It was a culmination of a rigorous effort taken by multiple stakeholders across several months, beginning with the AFC Champions League, until tonight where we saw thousands of fans safely enjoying the spectacle.”

“We are looking forward to hosting more safe and secure events in the coming months, and we sincerely hope that the world will quickly overcome the pandemic and resume life and sports as we’ve always enjoyed them,” he added. 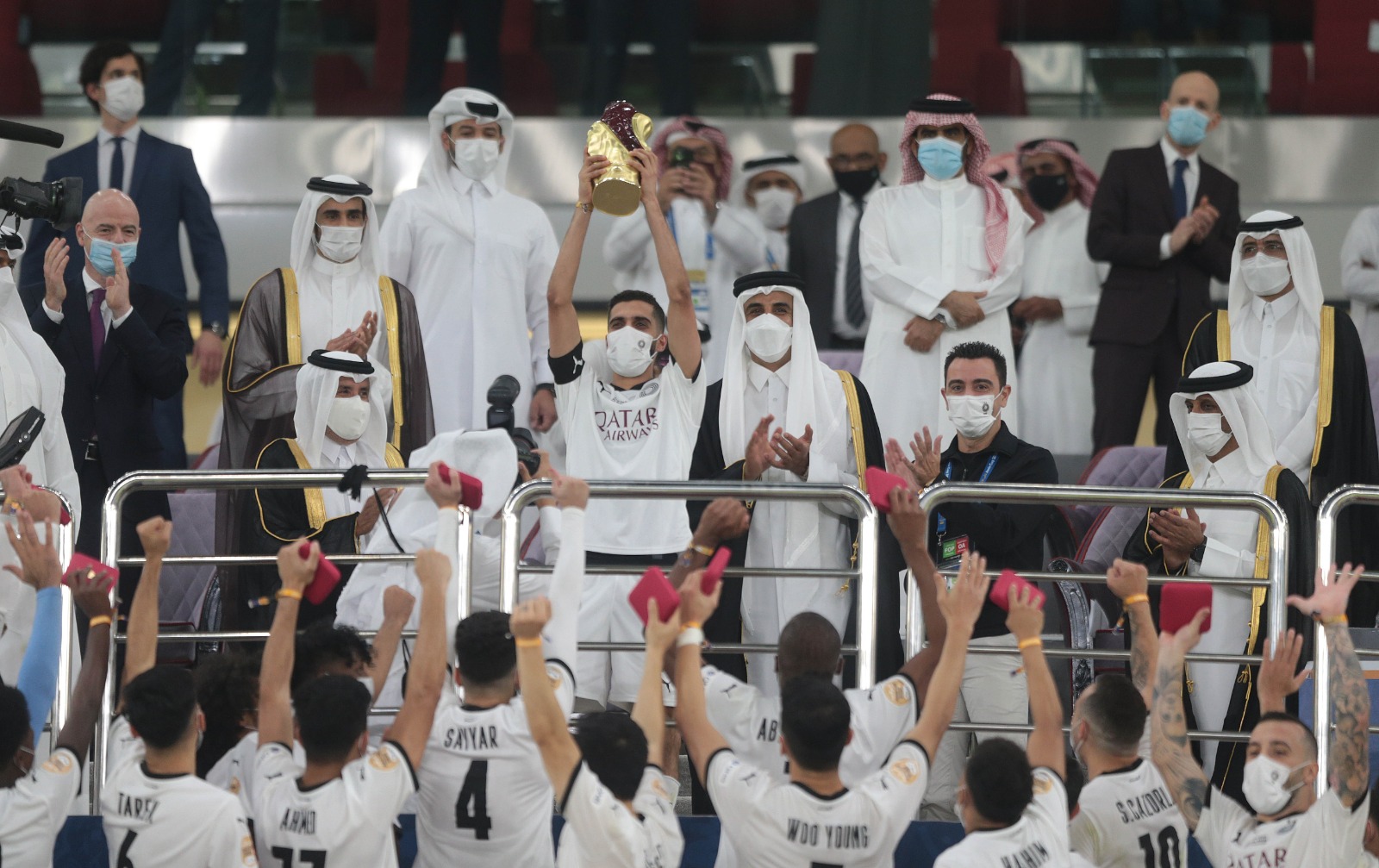 FIFA President Gianni Infantino who attended both the Amir Cup and AFC Champions League matches said: “Over the last three months, Qatar has shown the world how football can continue to be played and fans remain engaged despite the COVID-19 pandemic that we are all facing. The Amir Cup Final 2020, which helped inaugurate the fourth FIFA World Cup 2022 stadium, as well as the AFC Champions League Final, welcomed more than 10,000 fans back into the stands for each match. I was present for both matches and saw first-hand the seamless health and safety protocols put in place by Qatar and the Local Organising Committee, which ensured players and fans could confidently compete and watch the matches. Qatar has set a benchmark for the safe resumption of football in the COVID-19 world.”

The FIFA President continued: “We are obviously all hopeful that we will be celebrating the FIFA World Cup in 2022 in a post-COVID-19 world and the recent vaccine news gives us all hope, but we can be confident that Qatar’s upcoming events, such as the 2020 FIFA Club World Cup, to be played in February, will be delivered safely for those playing and watching from the stands.” 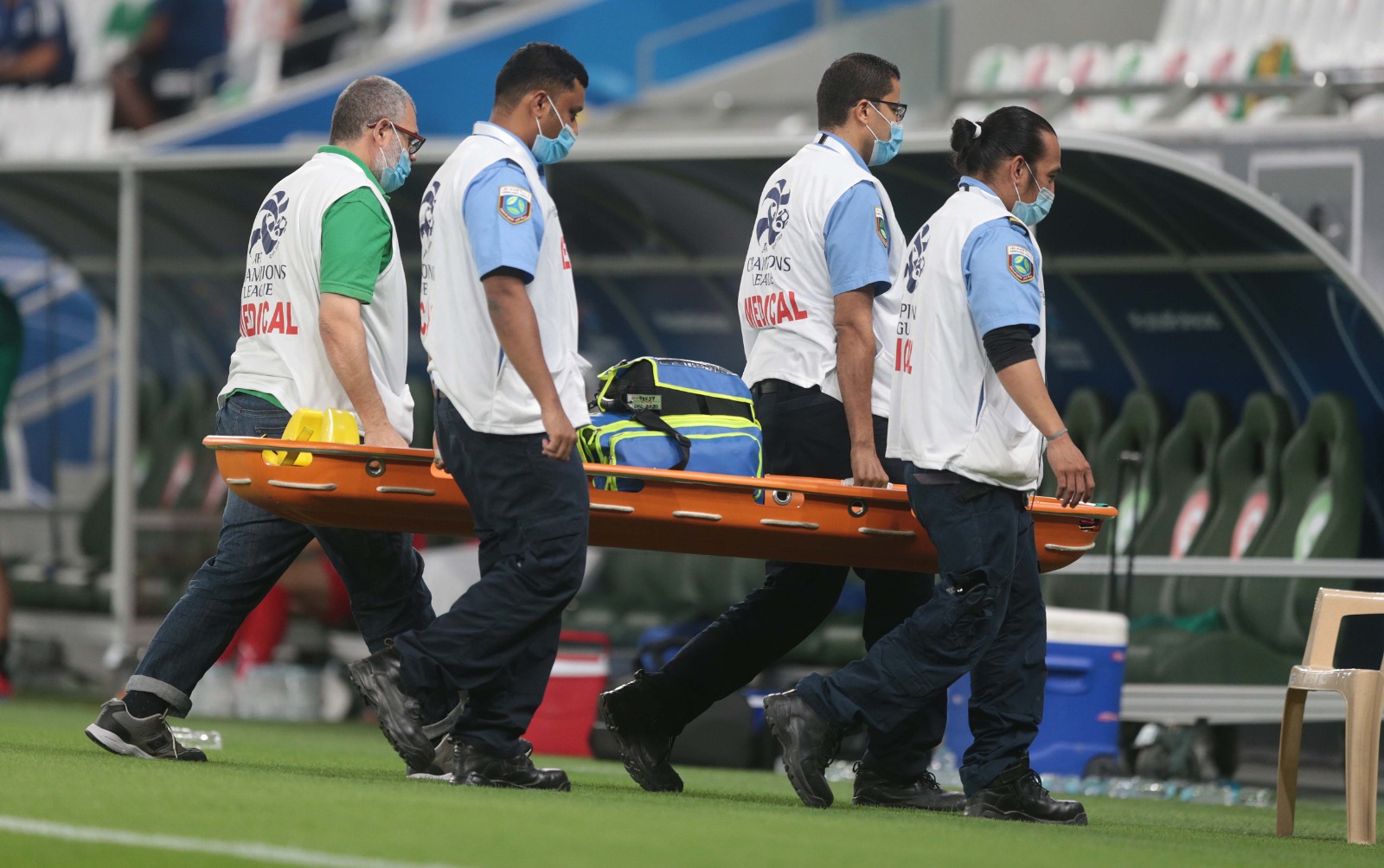 Speaking on behalf of the Confédération Africaine de Football(CAF), Danny Jordaan said: “The organisation of both the Amir Cup Final and the Asian Champions League Final was a great success from my point of view. I was particularly impressed with the management of spectators at the stadiums, showing strict adherence to the COVID-19 protocols.”

“Qatar has really set the benchmark relating to the safe return of large numbers of fans to stadiums during these unprecedented times. The lessons learned can only serve to help us all get sports fans back in the stands as soon as possible to enjoy the game they love.”

Many notable former players who attended also spoke about the importance of fans being able to safely attend the Amir Cup Final at Ahmad Bin Ali Stadium, a venue which is set to host matches through to the round-of-16 stage of the FIFA World Cup Qatar 2022™. Mohamed Aboutrika – widely recognised as one of Africa’s greatest ever players said: “For a player, to play in front of fans is everything. Hearing them chant your name, you know that you will live in their memory forever.” 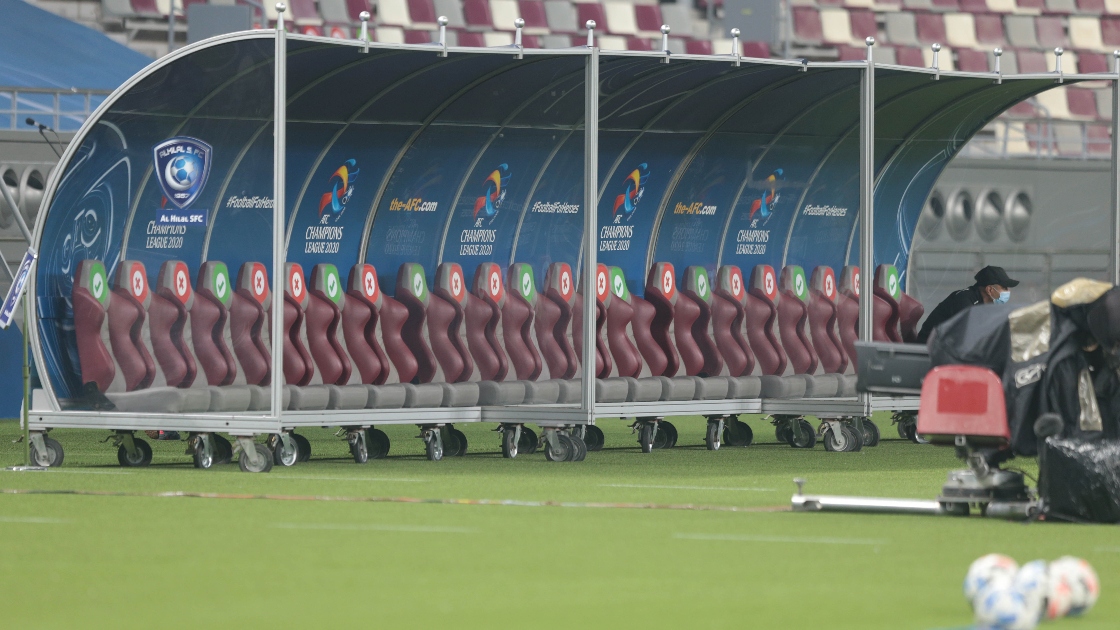 For Samuel Eto’o, another player who is remembered as one of Africa’s most prolific strikers, appearing in the FIFA World Cup™ a total of four times, commended organisers’ efforts which led to the safe return of fans in such large numbers:“Qatar has taken the situation very seriously and implemented a strict set of protocols to allow spectators to safely attend matches.”

Qatar is now getting ready to host the FIFA Club World Cup Qatar 2020™ between 1 and 11 February after a delay caused by the outbreak of the COVID-19 pandemic.