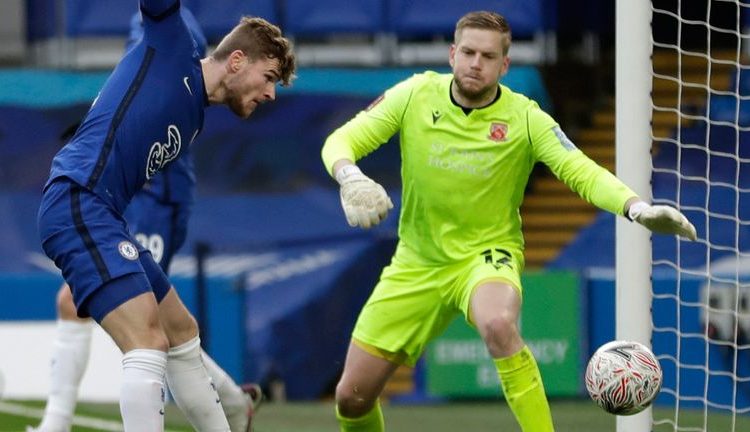 England midfielder Mason Mount put a strong Blues side ahead on his 22nd birthday from 25 yards.

Phillips fired in a low cross which looked to have embarrassed the hosts keeper before he somehow recovered to save on the line.

Morecambe, making their first third-round appearance since 2003, equipped themselves well after recovering from a coronavirus outbreak at the club which denied captain Sam Lavelle a place in the side.

They only returned to training on Tuesday after coming out of isolation.

But Chelsea’s quality proved too much for the Shrimps, who were playing their first match since 26 December.

Blues manager Frank Lampard will surely have been particularly pleased with his side’s second goal on the way to a second win in eight Premier League and cup outings.

Werner was in the right place to end a run of 827 minutes without scoring for Chelsea after a headed assist by fellow Germany international Havertz, who has struggled to hit form since completing a £71m move from Bayer Leverkusen in September.

Morecambe paid tribute to their former defender Christian Mbulu, who died in May 2020, by displaying a framed picture of the player on the substitutes’ bench at Stamford Bridge.