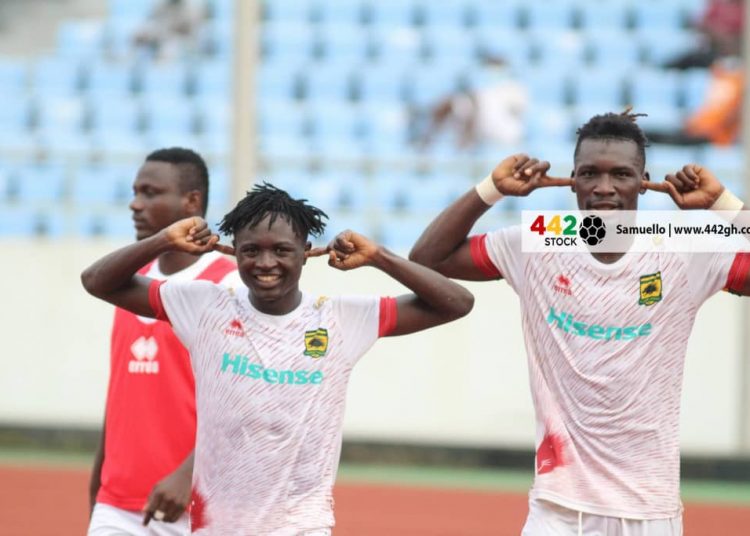 Christopher Nettey scored his first goal of the season to help Asante Kotoko win their outstanding game from Match day 7 against Ebusua Dwarfs in the Ghana Premier League on Wednesday.

Nettey’s second half goal proved to be the deciding factor after a tight contest for Johnson Smith’s men, who are slowing establishing themselves as title contenders after a dull start to the season.

The win moves the Porcupine Warriors to third on the league log just a point below league leaders Karela United.

Both sides failed to produce any major goal-scoring opportunities in the first half.

Kotoko had a penalty appeal waved away by the referee after it appeared Fabio Gama had been fouled in the box on the stroke of halftime.

The second half was no different from the first, with Kotoko going all out for the win.

Kotoko finally found the back of the net in the 70th minute after an effective play by their two fullbacks Christopher Nettey and Patrick Asmah.

Dwarfs remain 11th on the log following the defeat.