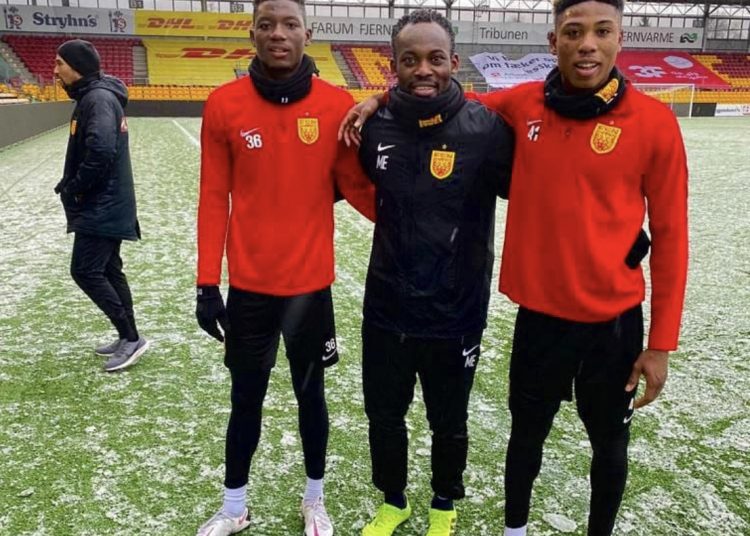 Former Ghana and Chelsea midfielder, Michael Essien, has praised Ghana-based Right to Dream Academy and Danish side FC Nordsjalland, for the role they are playing in his journey to becoming a coach.

Essien, 38, has been with the Danish Super Liga outfit since September last year, in the capacity as player-coach as he gradually transitions from playing to coaching.

The former Lyon star has credited Right to Dream founder, Tom Vernon, for opening doors to him and other former Ghana stars.

“This transition in my career, learning about the coaching aspect of the game is important to me and Right to Dream and FC Nordsjalland has offered me this huge opportunity.

“Not many people get the opportunity to come here and learn and see how they do things here. And you know I’ve been speaking to Tom for many years and he asked me to come and I did.

“Since I came, the staff and players; everyone is willing to help and it’s lovely. How could I turn this opportunity down?”

Apart from Essien, former Ghana stars Laryea Kingston and Derek Boateng have also been engaged in various capacities at the Right to Dream Academy in Ghana. Kingston works as a youth team coach while Boateng works as a scout.

Right to Dream has recently been acquired by Egyptian-owned company Man Capital LLP, with founder Tom Vernon still maintaining a significant stake in the academy and remains CEO.

The new investment in the academy is aimed at expanding infrastructure and operations that will help increase intake of players as well as help in the training of more Ghanaian coaches.