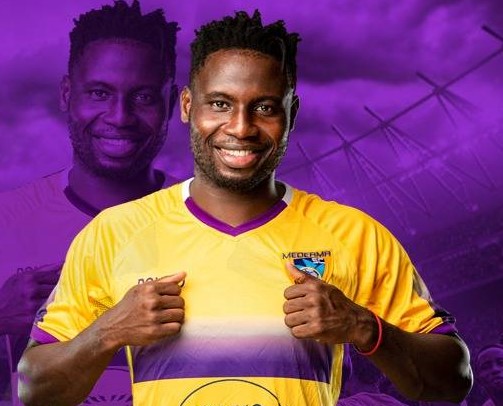 Ghana Premier League side,  Medeama SC have announced that the club has mutually agreed to part ways with forward Abdul Basit Adam.

We have mutually parted ways with striker Abdul Basit Adam.

The 25-year-old exits the club after making just two appearances for the Mauves and Yellows.

In Europe he spent most of his time in Sweden playing for Gefle and IK Frej.