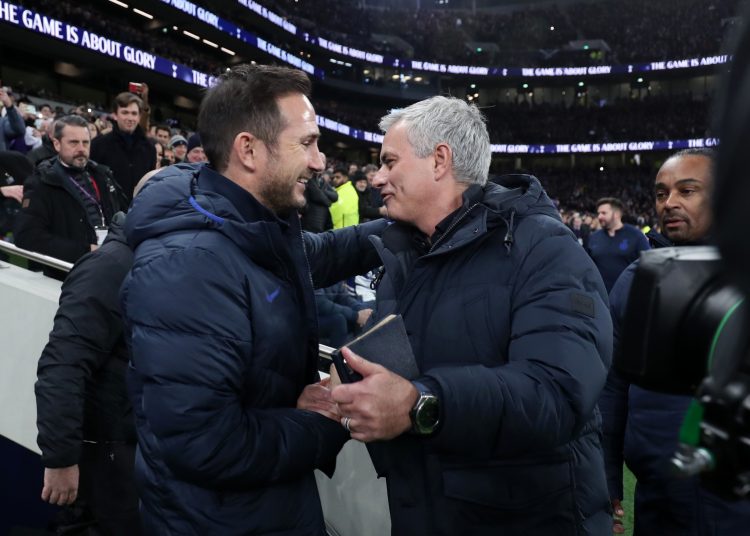 Club legend Lampard was relieved of his duties just 18 months into the job after a run of one win in five Premier League games left the Blues 11 points behind leaders Manchester United.

Lampard won three Premier League titles with Chelsea as a player under Mourinho, who expressed his sadness at the news before admitting it is a reality managers are always dreading.

“I am always sad when a colleague loses his job,” Mourinho said, “Frank is not just a colleague, he is an important person in my career, so I feel sorry he did (get sacked).

“But it is the brutality of football, especially modern football, so when you become a manager you know that sooner or later it is going to happen to you.”

Mourinho comments came after Spurs’ survived a scare at Wycombe to book an FA Cup fifth-round tie away at Everton.