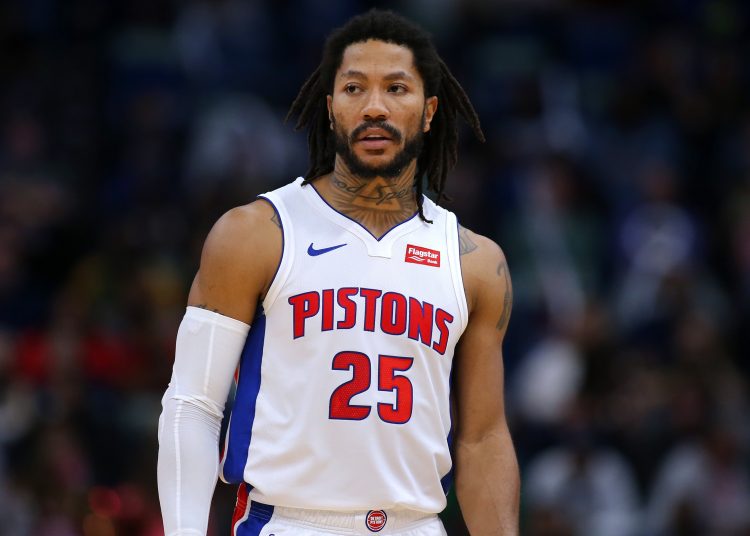 The New York Knicks have reached agreement on a trade to acquire Detroit Pistons guard Derrick Rose and reunite him with coach Tom Thibodeau, sources told ESPN on Sunday.

The Knicks are sending guard Dennis Smith Jr. and a 2021 second-round draft pick via the Charlotte Hornets to Detroit, sources said.

The Knicks and Pistons agreed to the deal on Sunday afternoon after periodic talks that stretched over a couple of months, sources said. The 2021 second-round pick — acquired by New York in the 2018 deal for Willy Hernangomez — will likely be in the 40s range of what’s projected to be a deep overall draft.

Rose rejoins the Knicks, where he spent a turbulent 2016-17 season struggling in the triangle offense during the Phil Jackson regime. Rose was the youngest MVP in league history under Thibodeau with the Chicago Bulls in 2011 and played for him again with Minnesota in the 2017-18 season.

The Knicks are undergoing a competitive uptick under Thibodeau in his first season as coach, emerging as the No. 6-rated defensive team in the NBA (107.9 points per 100). The arrival of Rose brings help for the NBA’s 25th-rated offensive team (scoring 106.9 points per 100 possessions) and creates an overlap of veteran guards, including starter Elfrid Payton and Austin Rivers.

Rivers is likely to become a player whom contenders seek in trade talks as teams look to fortify backcourts closer to the March 25 trade deadline.

The Pistons are moving toward a rebuild and worked to find Rose a destination that had appeal to him. Rose, 32, has averaged 14 points and four assists on 42% shooting this season. He is in the final year of a contract that pays him $7.7 million and will become a free agent in the offseason.

For Detroit, Smith — the No. 9 overall pick in the 2017 draft — is viewed as a reclamation project similar to forward Josh Jackson, who signed with the Pistons in free agency. Smith, 23, recently volunteered to join the G League bubble in Orlando to find playing time.