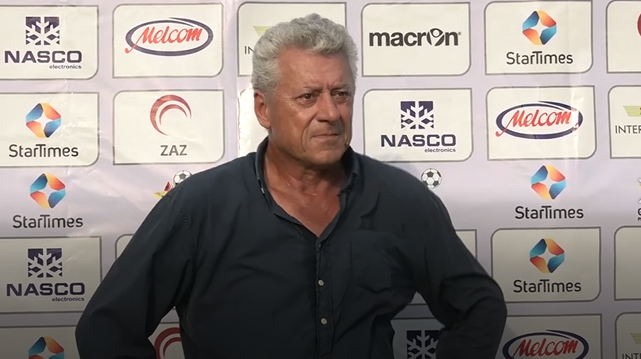 Hearts of Oak Head Coach, Kosta Papic believes the team is dealing with a goal-scoring crisis following their 1-1 draw with Legon Cities on Matchday 13 of the Ghana Premier League.

Umar Manaf missed a penalty as Hearts had to rely on a late Kwadjo Obeng Jnr strike to salvage a point against their city rivals.

The Phobians are on a run of four games without victory leaving them in ninth place on the league table.

Papic is hopeful the two-week break can help the team bounce back and turn their fortunes around.

“Three matches we’ve not been scoring, this is the first game we scored, even the penalty was not good enough chance to score.

“I don’t know, it’s like some kind of crisis is there that we are trying to work on, We have two weeks now, I think we will manage and come back better”

Hearts of Oak will take on rivals Kumasi Asante Kotoko in their next Ghana Premier league match.

“We are ready for Legon Cities”- Hearts Oak’s Daniel Afriyie