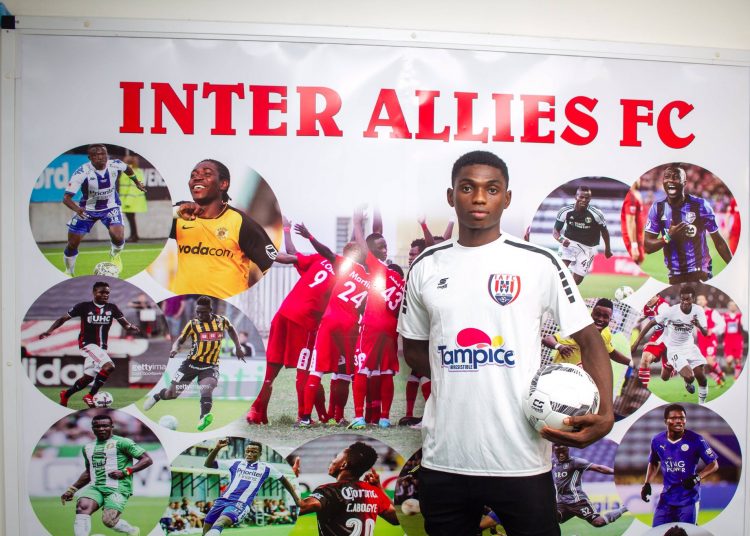 Ghana Premier League side, Inter Allies have secured the signing of another striker in 19-year-old Nigerian Kingsley Fidelis Kuku.

The ‘Eleven Is To One’ who are enduring tough times in the 2020/21 Ghana Premier League, have in recent days embarked on a squad boosting exercise for the second transfer window which opens February 16.

Inter Allies have already announced the signing of former Asante Kotoko striker Richard Arthur while having the duo of Samuel Armah and Kwabena Kyeremateng rejoining the club from their loan spells.

The club, on Monday, further revealed the inclusion of another forward from Nigeria’s second-tier league.

“We are pleased to announce that we have completed the signing of Nigerian striker Kingsley Fidelis Kuku on a loan deal.

“The young attacker, who has been training with the team for some time now, put pen to paper on an initial six-month loan deal until the end of the season.

“He joins from Nigeria National League side FC One Rockets and will be available for selection when the second window opens next week.

“Kuku’ inclusion will add goals, speed, energy, power and a great mentality to the squad,” a publication on the club website read.

He becomes the second player to join Inter Allies from the Nigeria National League after lanky centre-back Ali Isah who was signed from Remo Stars prior to the start of the campaign.