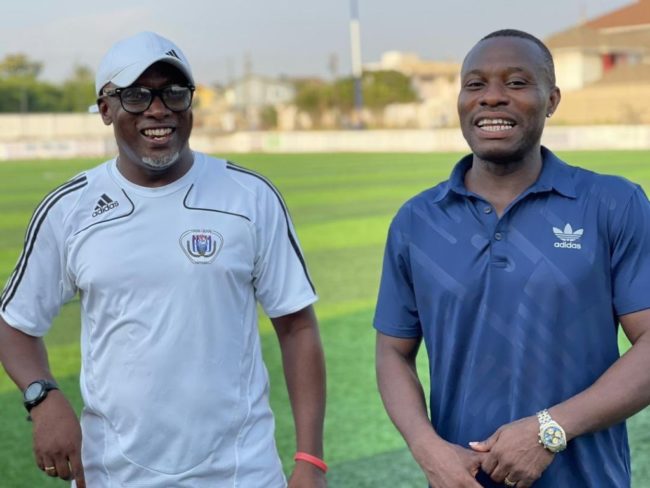 Yaw Preko will leave Accra Great Olympics together with his assistant Godwin Attram, after the club confirmed the return of head coach Annor Walker.

Preko and Attram had been put in temporary charge of the team on January 14, 2021, after Walker was taken ill.

The duo played 5 games, won 3, drew 1 and lost 1, amassing an admirable 10 points out of a possible 15 from those games.

But perhaps their most valuable act was leading Dade to a memorable 2-0 win over city rivals Accra Hearts of Oak, Oly’s first win over the Phobians since 2006.

But the Chief Executive Officer of the club, Oluboi Commodore has confirmed the fairytale run is over and Walker will now return to continue his duties as head coach after recovering from his illness.

“Now that he (Annor Walker) has returned, Yaw Preko and Godwin Attram’s work have come to an end. We will ask Annor Walker to appoint his assistant”, he told Happy FM.

Walker already took charge of training on Tuesday, preparing the club for the weekend’s Ghana Premier League clash against Elmina Sharks on Saturday.