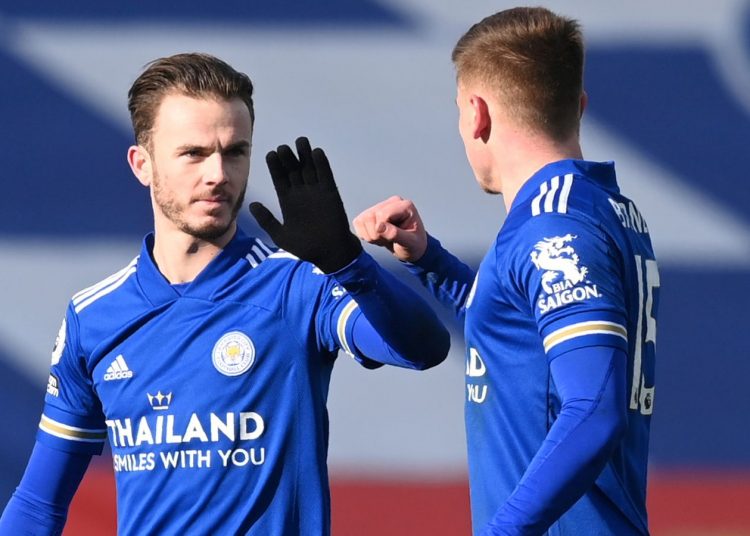 Liverpool looked to be cementing their top-four aspirations when Mohamed Salah put them ahead after 67 minutes with a clever finish after a piece of individual brilliance in the penalty area by Roberto Firmino.

Leicester  who were not at their best even though Jamie Vardy missed two glorious first-half chances – suddenly bounced off the canvas to sink the champions with three goals in a chaotic seven-minute period.

The Foxes saw a 78th-minute penalty award ruled out by the video assistant referee and even though James Maddison’s resulting free-kick found its way into the net past Alisson it was initially ruled out for an offside against Daniel Amartey before being given after a VAR check.

Leicester’s second three minutes later was another horror show for Liverpool keeper Alisson, whose poor clearances contributed to two goals in Manchester City’s win at Anfield last Sunday. This time the Brazilian recklessly dashed out to clear Youri Tielemans’ long ball, only to farcically crash into debutant defender Ozan Kabak, leaving Vardy to run the ball into an empty net.