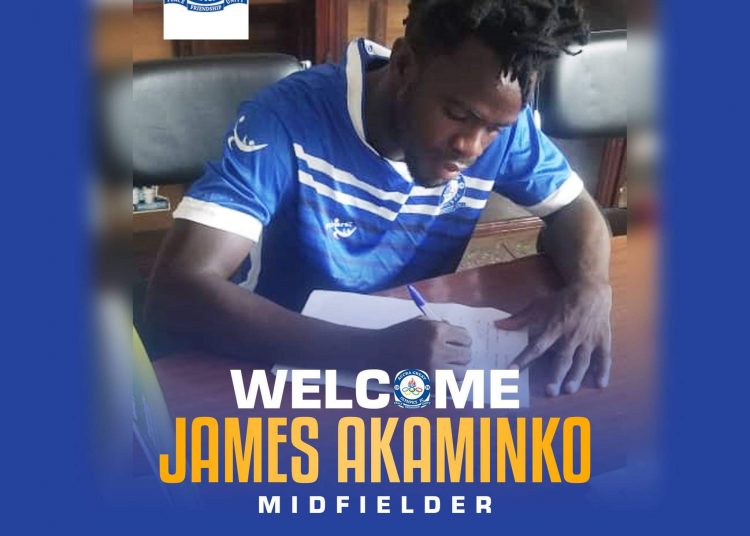 Accra Great Olympics have completed the signing of James Akaminko on a free transfer.

The 25-year-old former Ashantigold midfielder has signed a two-year deal with an option for a further year.
Akaminko was unattached after his three-year contract with US Tataouine of Tunisia was terminated, just six months in.
He joined US Tataouine following the expiration of his contract with Ghana Premier League side AshantiGold SC in June last year.
He was a key performer at AshantiGold SC during his three-year stay at the club since his arrival in Obuasi from Tema Youth FC in 2017.
Akaminko previously had stint with Ghana Premier League side Medeama SC but he left after one season due to lack of regular playing time.
He made fifteen appearances for AshantiGold SC in the truncated 2019/20 Ghana Premier League season.
ShareTweetSend
Previous Post