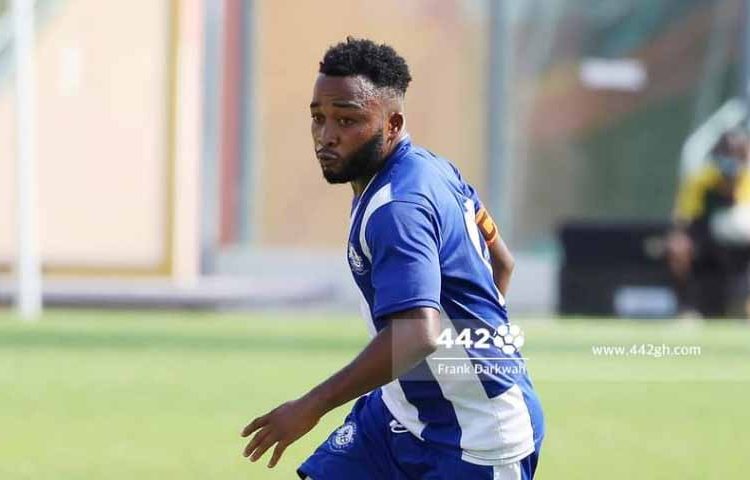 Accra Great Olympics midfielder Gladson Awako believes his current form is worthy of a call up to the senior national team, the Black Stars.

The 30 year old has been ever present for the ‘Dade Boys’ this season, contributing 6 goals to the campaign thus far while providing a host of game changing plays.

The Wonder Club have racked up 21 points and are 6th on the league log ahead of their matchweek 14 encounter against Elmina Sharks at home.

Awako who is an U – 20 World Cup winner confirmed that it will be an honour to represent his nation at the senior level.

“I think I am not doing bad.

“I have heard a lot of people talking about me getting a call up.

“I cannot say I should be invited because there a lot of good players in the system while others play abroad.

“If the coaches and authorities feel that Gladson is doing well and they need him and call me I will accept” he told Citi Sports on the sidelines of a club event.

He is part of a pool of over thirty players who play in the Ghana Premier League who have been invited to camp by Black Stars head coach C.K Akonnor to prepare for the Afcon qualifiers against South Africa and Sao Tome and Principe.