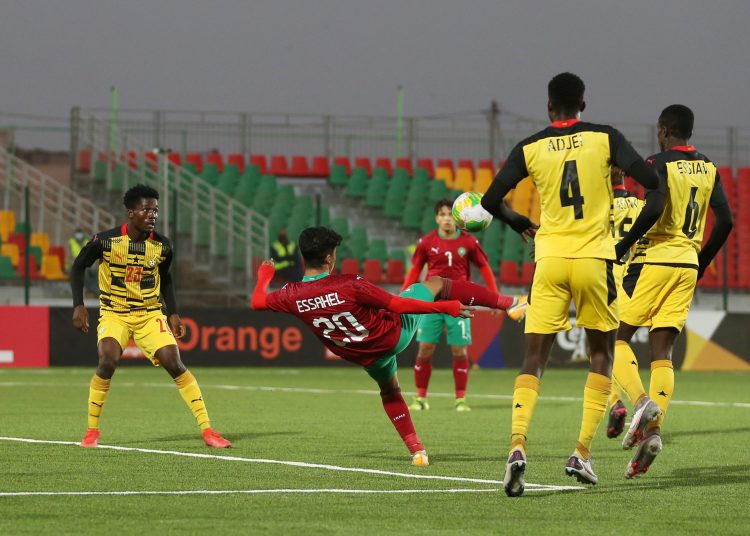 The Black Satellites of Ghana were held to a 0-0 draw in their second group game at the ongoing U-20 AFCON in Mauritania, halting denying Karim Zito’s men an early qualification to the knockout phase.

The clearest Ghana came to scoring was through Percious Boah, whose long range free-kick was palmed over the bar by the goalkeeper of Morocco.

The second 45 minutes was more of the same for either sides as both teams shared the spoils in Mauritania.

Ghana still sit top of Group C with 4 points and will face The Gambia in the final group game of the competition.