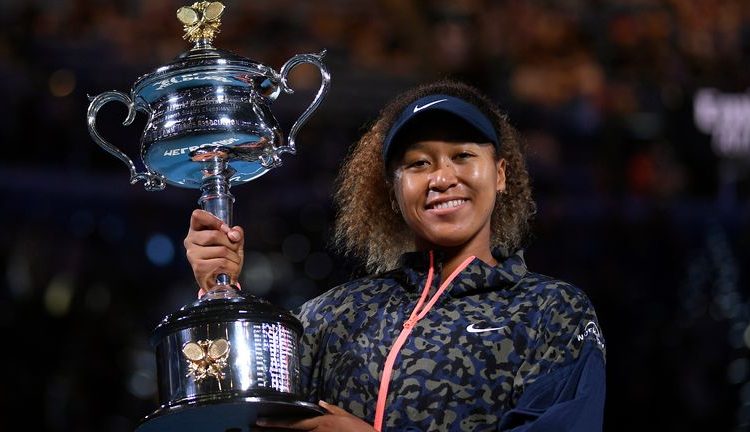 Osaka became the first woman since Monica Seles to win her first four Grand Slam finals with a 6-4 6-3 victory against Brady, maintaining her perfect record in major finals.

The 23-year-old remains behind Ashleigh Barty in the rankings because of the temporary switch to a two-year system but there is no doubt Osaka is the best player in the world on hard courts, while only Serena and Venus Williams of active players now hold more major titles.

After stepping onto the podium to collect the trophy, Osaka turned to Brady and said: “Firstly, I want to congratulate Jennifer. We played in the semi-finals of the US Open and I told everyone that would listen that you’re going to be a problem, and I was right. To see your growth over the past few months is really cool.

“I’d like to thank my team. I’ve been with them too long, a month and some change. They’re like my family. They’re the ones with me through my training, through my matches, through my nervous talks before my matches, and I’m really appreciative towards them. This one’s for you.

“Lastly but not least, I want to thank you guys (the fans). Thank you for coming and watching. It feels really incredible. I didn’t play my last Grand Slam with fans so just to have this energy, it really means a lot.

“Thank you for opening your hearts and your arms towards us. For sure I feel like playing a Grand Slam right now is a super privilege and it’s something I won’t take for granted.”

✨ Osaka shines in Melbourne once more ✨@naomiosaka is an #AusOpen champion for the second time.#AO2021 pic.twitter.com/LrZCX4XfJ6