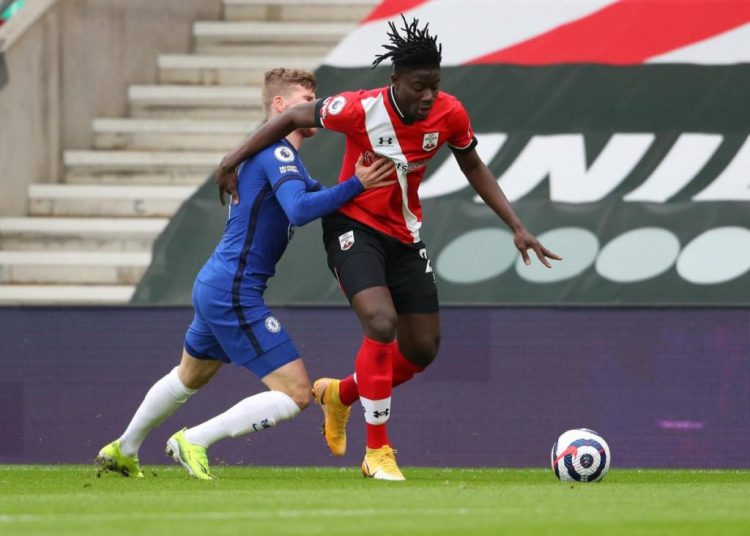 The 21-year-old Ghana center-back played his first 90-minutes in the league for the Saints in their 1-1 draw against Tuchel’s side after his move from Real Valladolid back in the summer transfer window.

Hasenhuttl says Salisu did a good job and gave a special mention to his game management.

Hasenhuttl told the Daily Echo: “I think he did a good job.

“He is a real defender, I think. That is what he shows and with the ball also, good game management.

“We didn’t play that much football, I think. We can do it much more.

“But it was a lot of pressure on the ball and then it’s not so easy to be calm and find the right decisions.

“But I was happy with him, definitely.”

This was Salisu’s third appearance for Southampton after playing 90 minutes against Wolverhampton Wanderers in the FA Cup and also coming on as a substitute against the same opponent in the league.

His progress at the English South Coast club has been hindered with injuries, with his debut coming only two weeks ago.

U-20 AFCON: Ghana to face Cameroon in quarterfinals