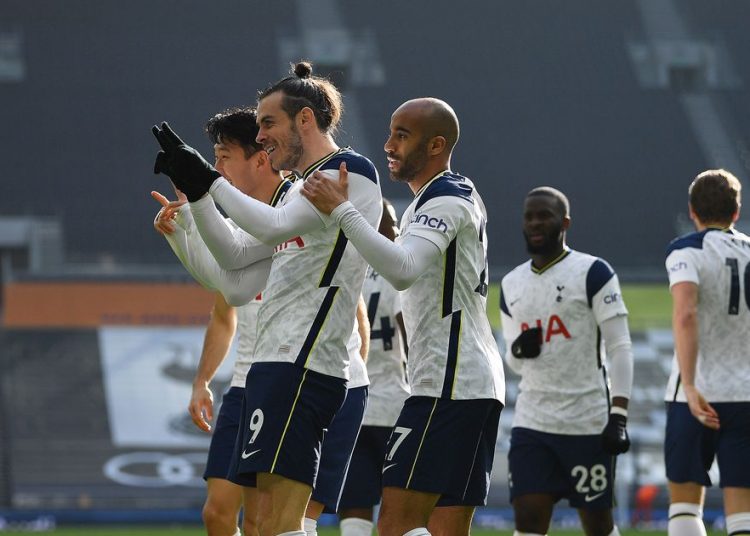 Gareth Bale scored twice and made another as Tottenham cruised to an easy Premier League win over Burnley that boosted their hopes of European qualification.

Spurs had lost five of their previous six league matches but went ahead inside two minutes when Bale converted Son Heung-min’s low cross.

Son was the architect for the fourth as he ran at the Burnley defence before finding Bale, and the Wales forward curled a fine finish into the far corner to seal the emphatic win.

The victory takes Jose Mourinho’s side up to eighth. They are six points behind fourth-placed West Ham, who occupy the final Champions League qualification spot, but have a game in hand on the Hammers.