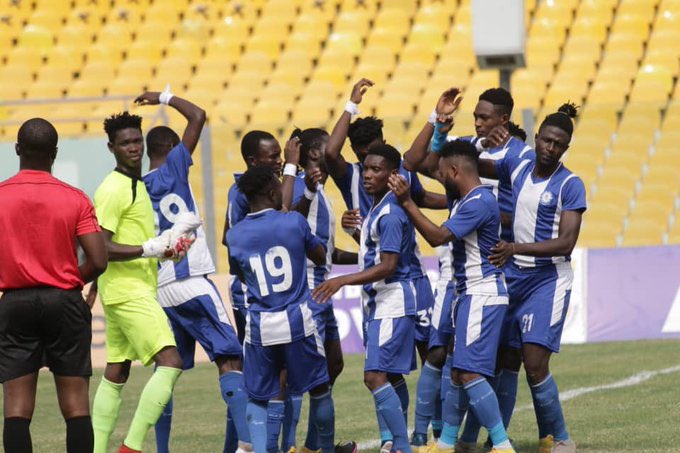 High-flying Great Olympics have embarked on a mid-season clearout by releasing as many as nine players from their large squad, the club announced Tuesday.

The players include midfielders Sunday Alhassan and Mujeeb Abdul Hakeem who joined the capital-based club from King Faisal at the beginning of the 2020/21 season.

Also out is Ahmed Tijani who had been at the club since November 2019. The former Hearts of Oak youth striker picked up an injury just before the start of the campaign but couldn’t break through the first team after recovering.

In a parting statement, Olympics wrote via their official Facebook page:

“The club is announcing the departure of the players listed below. These are players who have served the club well and given their utmost best to ensure that the club maintains its status as one of the best in the land.

“This is the end of the line for them. We wish them well in their future endeavors.

Great Olympics have enjoyed a great first half in the 2020/21 Ghana Premier League campaign. They occupy second position with a game left to end the round.