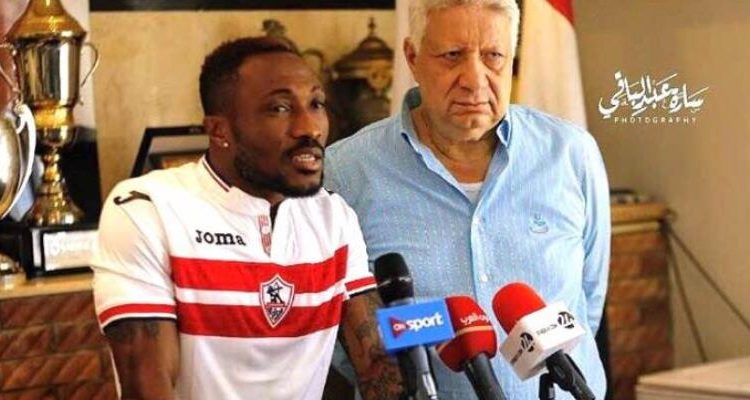 Fifa’s Disciplinary Committee has issued a final warning to Egyptian giants Zamalek for their blatant refusal to comply with a directive to pay former player Ben Acheampong $1.1 million for both his outstanding remuneration and breach of contract.

The Ghana striker has yet to receive any amount since the Court of Arbitration for Sport (Cas) ordered the five-time African champions to pay him via a ruling on December 8, 2020.

While expecting to receive his approximately $1.1m cash, Zamalek – early February – wrote to Fifa announcing a “settlement with the player’s agent” in which Acheampong had supposedly agreed to accept just $250,000.

Zamalek engaged Acheampong’s former agent Nader El Sayed in what has turned out a nefarious act of falsifying papers purporting to enable the ex-Egyptian international to deal with the club on behalf of the Ghanaian.

Last week (February 25), Fifa revisited the case after Acheampong through his representatives and Fifpro reported the latest conduct of the 12-time Egyptian champions.

Fifa, on Monday, March 1 has served both parties including the Egyptian FA its latest decision directing pay Acheampong in whole the outstanding amounts stated in the recent Cas ruling.

Zamalek have been further sanctioned with a fine of CHF 30,000 and given a final deadline of 30 days to pay the 30-year-old striker. The club will suffer an automatic imposition of a worldwide transfer ban and a deduction of points or relegation to a lower division may also be ordered in addition to the ban if it fails to meet the final deadline.

Portions of the latest Fifa directive available to Footy-Ghana.com reads:

“Zamalek Sports Club is found guilty of failing to comply in full with the decision passed by the Court of Arbitration for Sport on 8 December 2020.”

“The Zamalek Sports Club is granted a final deadline of 30 days as from notification of the present decision in which to settle said amount.

“Upon expiry of the aforementioned final deadline and in the event of persistent default or failure to comply in full with the decision within the period stipulated, a transfer ban will be pronounced until the complete amount due is paid or the non-financial decision is complied with.

“The transfer ban will be implemented automatically at national and international level by the Egyptian Football Association and Fifa respectively, without a further formal decision having to be taken nor any order to be issued by the Fifa Disciplinary Committee or its secretariat.

“In addition, a deduction of points or relegation to a lower division may also be ordered in addition to a transfer ban in the event of persistent failure, repeated offences or serious infringements or if no full transfer could be imposed or served for any reason.” Shot:

The Acheampong-Zamalek row dates back to August 2018 when the player terminated his contract – a decision Fifa approved to have been taken with just cause.