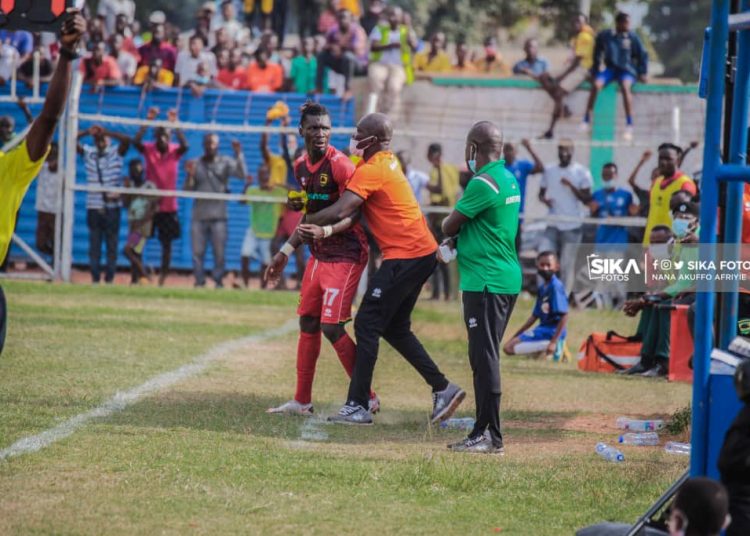 Defender Habib Mohammed was involved in a bust up with the club’s head coach in their 1-0 over King Faisal in an outstanding Ghana Premier League game in Techiman.

The 23 year old center back was substituted in the 42nd minute of the first half for Adom Frimpong, a decision that left him furious and led to a confrontation with head coach Johnson Smith.

He had to be held back as he tried to vent his frustrations at the decision to hook him so early in the game.

After the match, Habib took to twitter to explain his outburst before proceeding to apologize for his actions.

“I can never ever attack my teacher, a person I am learning from and he’s a father to me as well.

“I got substituted 42 minutes in the 1st half. In de same family I think I have the will power to approach him if something was wrong somewhere.”

Habib then sent out another tweet, where he admitted his conduct was wrong and asked the club’s fans to forgive him.

Naby Keita’s 87th minute strike gave Kotoko all three points and lifted them up to 4th on the league table.