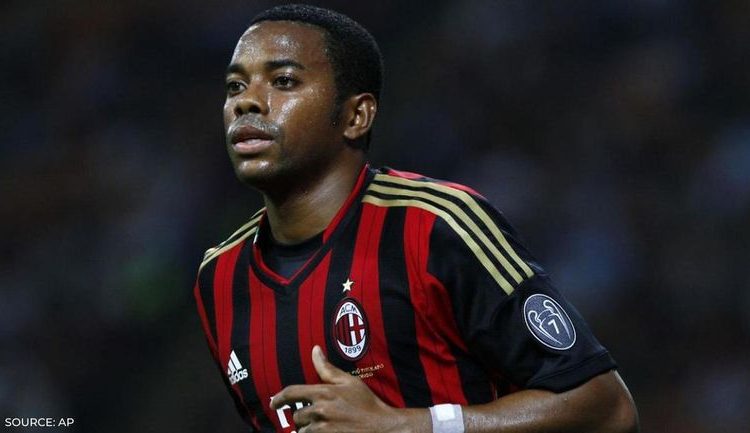 0
SHARES
39
VIEWS
Share on FacebookShare on TwitterShare via Whatsapp

On Tuesday, Judges of Milan’s Court of Appeal sentenced former Brazil star Robinho to nine years in prison for his involvement in the gang rape of a woman at an Italian nightclub in 2013.

Robinho was plying his trade at Serie A club AC Milan when the incident took place and in 2017, was found guilty along with five others.

The ex-Manchester City attacker saw his sentence upheld in December 2020 but denied the charges and launched another appeal.

Robinho, who did not attend the hearings in person and is currently plays for Brazilian side Santos, has 45 days to lodge a further appeal with the Supreme Court, Italy’s highest court of appeal.

Earlier on Tuesday, reports from The Sun revealed that Robinho was sentenced to nine years in jail for ‘brutally humiliating’ and ‘belittling’ an Albanian woman in 2013.

It is suggested that the woman was celebrating her 23rd birthday at a well-known nightclub in Milan when the horrific incident occurred.

Robinho and five others were found guilty of gang rape in 2017 and the former Man City footballer was charged with a prison sentence in December last year.

Robinho jailed over rape case? Star has 45 days to lodge another appeal

Robinho, who played for Milan from 2010-2015 and last played for Santos, pleaded not guilty via his lawyer and did not appear at any of the court hearings in northern Italy.

However, after the disgraced footballer chose to appeal the verdict, the judges found that Robinho ‘attempted to deceive investigators’ with ‘previously agreed facts’ surrounding their accounts of what happened.

Hence, the Robinho jailed sentence was upheld and the footballer’s team now only have one final chance to overturn their client’s guilty verdict.

Robinho’s contract with Santos had been suspended prior to the outcome of the recent appeal hearing, with club president Orlando Rollo confirming the player would be sacked if the verdict is upheld.

After impressing at a young age at Santos, Robinho was picked up by Real Madrid in 2005 and he won two LaLiga titles with the Spanish giants. He left the Spanish capital in 2008 to join Man City before moving to AC Milan in 2010. The highlight of the Robinho football career was during his time at the San Siro, where he won the Serie A and Italian Super Cup.

Amongst other Robinho clubs, he also had a stint with CSL side FC Guangzhou before spending a year each with Sivasspor and Istanbul Basaksehir. Robinho returned to Santos in 2020. He made 100 appearances for the Brazilian national team and scored 28 goals for the South American giants, winning two Confederations Cups.