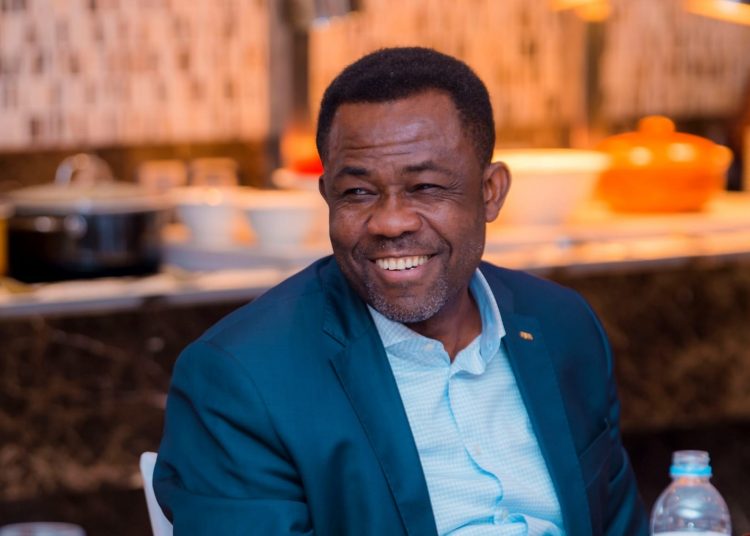 Former Fifa employee Veron Mosengo-Omba has been appointed the new General Secretary of the Confederation of African Football (Caf).

The Swiss-Congolese replaces Morocco’s Abdel Bah, who had occupied the role in an acting capacity since March 2020.

Mosengo-Omba has left his role at Fifa, ‘with immediate effect’ according to the global body, where he had recently been working as Chief Member Associations officer.

“On behalf of all of Fifa, we would like to thank Veron Mosengo-Omba for his excellent work,” said Fifa President Gianni Infantino and General Secretary Fatma Samoura in a joint statement on Saturday.

“[We] wish him the very best of luck in his next challenge as Caf General Secretary. Fifa also looks forward to working with him on future projects in helping to project African football to the summit of world football.”

An old friend of Infantino after the pair read law together at university, the Swiss-Congolese was one of two Fifa employees spotted talking to the four then presidential candidates in Morocco two weeks ago.

In the Moroccan capital Rabat, it was mooted that Patrice Motsepe would become the new Caf president with the other three assuming secondary roles.

That has now come to pass with Senegalese Augustin Senghor and Mauritania’s Ahmed Yahya being named first and second Caf vice-president when the body’s new Executive Committee met for the first time on Saturday.

When Senghor withdrew his candidacy, he said he had joined his onetime rivals in standing aside after accepting “the proposal submitted to us by Fifa, Morocco and Egypt in the superior interest of the unity of African football”.

BBC Sport Africa has twice asked Fifa why Mosengo-Omba and Fifa’s Deputy General Secretary Mathias Grafstrom were meeting with the candidates in Rabat on 27-28 February, but has not received a direct answer.

A quote by Infantino was suggested instead, with the Fifa president having said, on 6 March, when explaining his widespread travels across Africa in recent weeks: “It is no secret that Caf has been facing some difficult times.

“So it is an opportunity to look forward to speak with everyone, to try to help African football in whichever way we can,” he replied, having also been asked if Fifa had a preferred candidate.

“I personally spoke with all four candidates for the presidency and many other presidents of associations, and I can confirm there is plenty of common ground between them.”

Ibrahim is the first woman to ever become a vice-president of Caf, which also determined today that Yahya, Mauritania’s FA president, would be co-opted onto the Executive Committee.